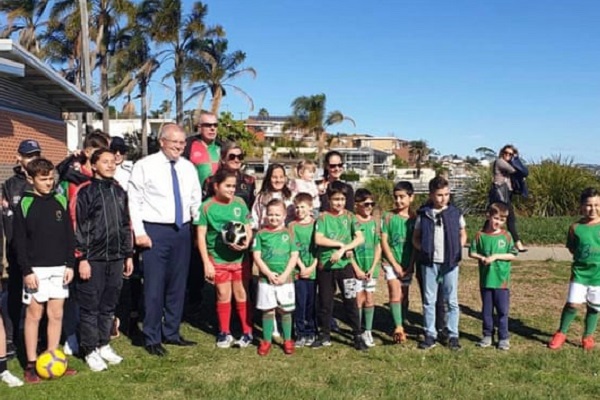 Emails sent from Prime Minister Morrison’s office to , then-Federal Sports Minister Bridget McKenzie’s office in March 2019, released by the ANAO to the Senate inquiry into what has become known as the ‘sports rorts’ affair, revealed that Senator McKenzie was expected to write to the Prime Minister to seek “authority” on the approved sports projects, and to inform him of the “roll out plan”.

The Prime Minister’s office had also requested changes to the final list of approved projects on 10th and 11th April - the day the 2019 election was called.

According to ANAO, Prime Minister Morrison’s office wrote “we need to be able to cross check against our list and also be able to pull individual projects out to coordinate announcements and material from CCHQ (Coalition campaign headquarters).”

The new evidence was recently revealed to the Senate inquiry charged with investigating the handling of the sports grants program in answers to questions on notice.

Earlier this year, Morrison told the House of Representatives that “there was no authorisation provided by me as prime minister on the projects”, after it was revealed that 136 emails were sent between the two offices regarding the grants scheme between October 2018 and April 2019.

He claimed his office had merely “passed on information about other funding options or programs relevant to project proposals”.

Prime Minister Morrison has repeatedly stated that Senator McKenzie made all the decisions on the Program.