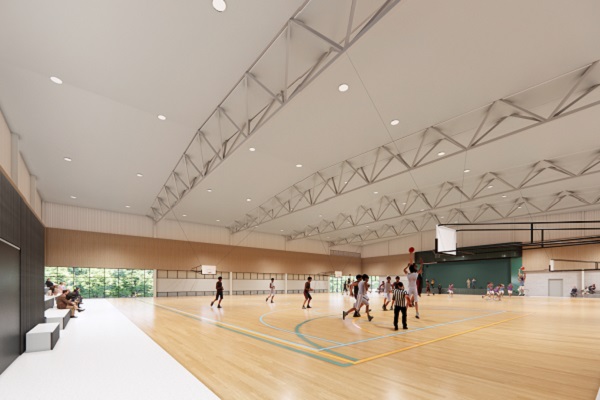 Announced at sod turning event today, Coffs Harbour City Council’s Group Leader City Prosperity, Nikki Greenwood, said the local community is excited to see this incredible project come to life, stating “Populous have taken on board the community feedback to deliver a world class community facility with something for everyone.

“It’s been an incredible few months working with Populous and the wider design team using their collective design expertise with our stakeholder groups as they evolved the concept designs into a fully detailed design masterpiece.” 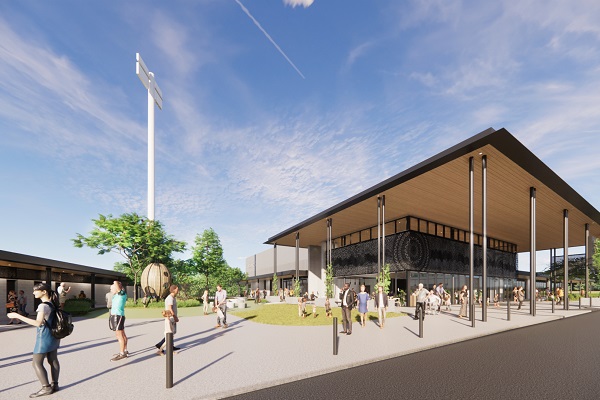 The vision for the West Woolgoolga Sports Complex (WWSC) will deliver an inclusive, vibrant and healthy community space for locals and visitors to gather, play, compete, practice, learn, perform and celebrate.

The project includes fields to cater for AFL and cricket with further overlay field provisions designed for other rectangular sports including touch football competitions and tournaments with works including lighting, drainage and amenities. Inside the main building will be two multi-sport indoor courts (basketball and netball), a stage, kitchen, café, multi-purpose rooms, flexible change rooms and amenities. 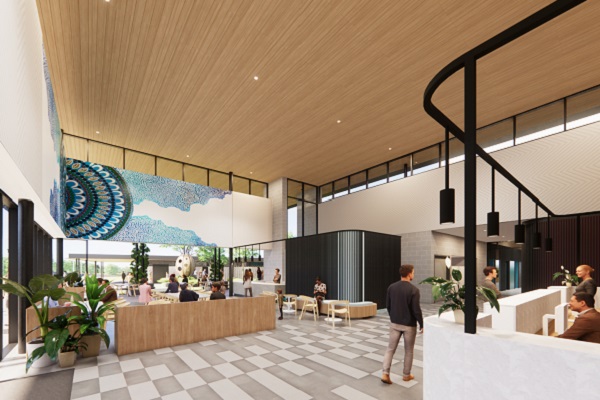 Goh explained “Populous has brought together an exceptional team with design experience from similar sports facilities worldwide and local knowledge to ensure WWSC will become a thriving and attractive place for people of all ages, gender, ability, cultural and social backgrounds.

“We understand the importance of local sporting pathways – but also supporting community groups and organisations - and the creation of this facility will instil a sense of pride for current and future generations to learn, play and perform.”

“By designing a flexible community facility that can transform into a variety of spaces depending on the event, can host several different sporting codes as well as community functions and performances, we have ensured WWSC’s multi-purpose design will become a hub of sustainable activity, year-round.”

Major construction will commence early 2021 for completion in late 2022 to include the West Woolgoolga Playing Fields, the Northern Beaches Multi-Purpose Centre and civil works including roadways, shared pathways, carparks and services.

The project has been funded by the Federal Government’s Building Better Regions Fund, the NSW Government and Coffs Harbour City Council.

Images of the designs for the West Woolgoolga Sports Complex courtesy of Populous.