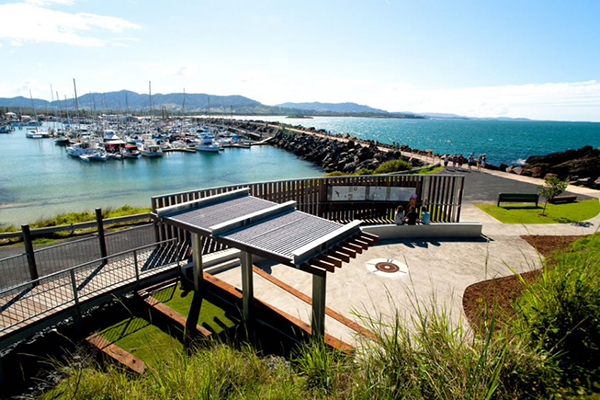 A 330-metre raised boardwalk project for Muttonbird Island has been announced by NSW Environment Minister Matt Kean during his recent visit to the Coffs Coast.

With the $275,000 boardwalk project planned for Muttonbird Island and more than 3,500 new koala feed trees growing in Bongil Bongil National Park, the Coffs Coast’s national parks are set to attract a large number of visitors.

Minister Kean notes “the elevated boardwalk will improve visitor access to the spectacular nature reserve while also benefiting the island’s most important habitants – the muttonbirds.

Singh added “the elevated, fibreglass mesh walkway will enhance the views for visitors as they traverse the island as well as lessening the disturbance to shearwaters’ nesting burrows and potentially opening up new areas as nesting habitat.

During his visit to the Coffs Coast, Minister Kean also visited the site of the innovative ‘Tree Parents Project’, which has seen more than 3,500 primary koala food trees planted and nurtured in Bongil Bongil National Park thanks to the commitment of the program’s 140 volunteers.

As part of the ‘Tree Parents Project’, the teams of local volunteers were trained, tooled-up and then offered a two-hectare plot of land within Bongil Bongil National Park to cultivate 60 koala food trees each.

Minister Kean advised “this innovative community partnership has restored over 50 hectares of degraded koala habitat and is a fantastic example of a rewarding and highly productive partnership between a NSW Government agency and the local community.

“A total of 3500 food trees, including Tallowwoods, Grey Gums, Swamp Mahoganies and Forest Oaks have been planted on the site.”