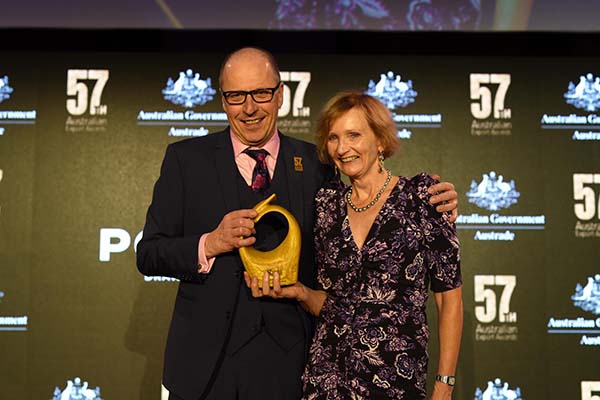 Leading global sport architectural firm, Populous, has secured the award of 2019 Australian Exporter of the Year. The Australian Export awards saw 13 businesses from around Australia being awarded for outstanding export achievements.

Federal Minister for Trade, Tourism and Investment Simon Birmingham congratulated Brisbane based company Populous for taking out the top award of 2019 Australian Exporter of the Year noting “Populous is a business with a world-renowned ability for designing sporting venues across the globe such as Suncorp Stadium in Brisbane, Tottenham Hotspur Stadium in London and the Yankee Stadium in New York.”

This award also follows Populous’ commendation earlier in 2019 at the ACT Architecture Awards for the Manuka Oval Media and Function Centre. Architect and project lead Belinda Goh said the recognition highlights Populous’ commitment to designing vibrant and innovative spaces worldwide, while responding to complex local constraints around heritage and character.

Populous now being of the largest architectural firms in the world, generates around 80% of its income from exports.

Minister Birmingham added "this is an outstanding story of a company that over two decades through expanding into overseas markets has transformed into a powerhouse within its industry and is a standout example of our growing services sector.”

Austrade Chief Executive, Dr Stephanie Fahey says the Australian Export Awards offer an opportunity to recognise the success of Australian businesses in taking their produce, products, technology and services to the world.

“The 57th Australian Export Awards, co-presented by Austrade and the Australian Chamber of Commerce and Industry, recognises and honours Australian companies engaged in international business who have carved out opportunities in a highly competitive global trading environment through their creativity, determination and leadership.”

“This year’s award winners are from the city, outback and bush, and span a range of sectors from businesses exporting designer mattresses, essential oils, aerospace parts, animation services and underwear.

“Congratulations to all of this year's winners and finalists. They exemplify the spirit of entrepreneurship and innovation and I hope they can inspire thousands of other small businesses out there to become exporters.”