The IOC/IAKS Award is the most important international architecture award for sports and leisure facilities. It not only awards building design but also recognises the successful operation of facilities.

The IPC/IAKS Distinction for Accessibility aims to promote accessibility to sports facilities and all other buildings in order to give people with a disability the opportunity to practice or view sport without limitation or barriers.

The IOC/IPC/IAKS Architecture and Design Award for Students and Young Professionals is calling on young architects and designers to dedicate their enthusiasm and imagination in the creation of areas and spaces for active life-styles.

Being staged for the 17th time, the 2019 Awards are part of all three organisations’ commitment to excellence in the visioning, design and operation of fully inclusive and universally accessible indoor and outdoor facilities. Identifying and promoting trends for transforming communities and urban areas into places of active living is at the core of this international competition.

Designers and operators of particular successful aquatic, recreation, sport and wellness facilities are invited to apply for the IOC IPC IAKS architecture prizes 2019. 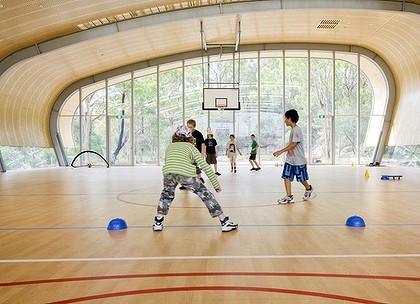 For the first two competitions, the facility must already have proven itself in operation. However, in the young talent award renderings are awarded.

Entitled to enter the 2019 competition are newly built facilities as well as expansions, modernisations, rehabilitations or conversions of existing buildings and facilities that have been completed and gone into operation between 1st January 2014 and 31st December 2018. Temporary venue infrastructure/architecture (such as demountable or relocatable infrastructure for major sport events) may also be entered in the competition.

Submissions can be entered in the following competition categories:

An international jury composed of personalities from the IOC, the IPC and the IAKS are adjudicating in July 2019 the entries received. The prize-giving ceremony for the awards will be on 5th November 2019 at the 26th IAKS Congress in Cologne, Germany.

Every two years since 1987, the IOC IAKS Award is commending sports and leisure facilities of exemplary design and function. In 2017, 72 projects have been competing from all continents, including ones in Azerbaijan, India, Nigeria, Palestine and Singapore. Countries ranging from A for Australia to U for USA were all participating. The winners span the range of major international sports event venues in Singapore and Brazil, to small and socially meaningful skateparks in Palestine and Spain.

For more information go to www.iaks.org/en/awards

Lower image shows the Milson Island Sport and Recreation Centre on the Hawkesbury River in NSW, designed by architecture firm Allen Jack+Cottier, a silver medal winner in the 2013 awards.