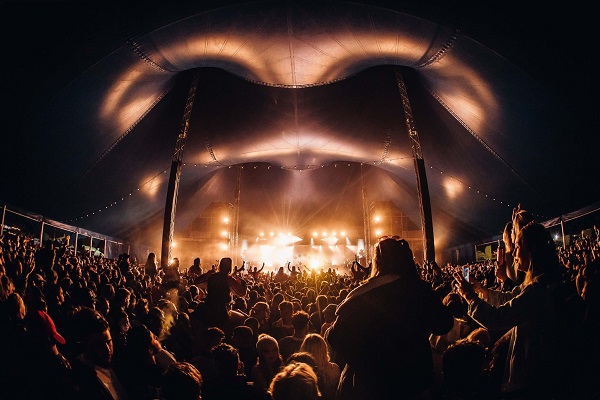 The lives of seven young people were potentially saved at the weekend when a second pill testing trial at the Groovin the Moo festival in Canberra identified lethal substances.

Patrons discarded their drugs after testing alerted them that their pills contained dangerous n-ethylpentylone.

The assessment, which took about 10 minutes per test, identified MDMA as the most common substance followed by cocaine, ketamine and methamphetamines.

Organiser Gino Vumbaca from Pill Testing Australia hailed the trial a success and said 171 samples had been tested on behalf of 234 participants.

Advising that there were long queues to use the pill testing service and people waited patiently for up to 20 minutes.

About 35 volunteer doctors, chemists and counsellors worked on shifts during the trial to educate youngsters about drug use and negative effects. One doctor flew over from Perth to participate.

Vumbaca told the Guardian Australia “I spoke to a lot of young people as they walked out and the most common thread was they know a hell of a lot more now than they did when they walked in.

“Some were very appreciative saying, ‘Thank God you guys are here because we know (about the recent festival deaths) in NSW and Queensland and other states’.”

There were also Groovin the Moo festivals in Adelaide and Maitland, NSW at the weekend which did not offer pill testing services.

A South Australian ambulance spokeswoman confirmed one teenager was taken to an Adelaide hospital in a serious condition after losing consciousness and paramedics also responded to a 20-year-old woman with a suspected drug overdose.

NSW police said 14 people were taken to hospital with suspected drug and alcohol intoxication cases at the Maitland festival.

The first trial at Groovin the Moo in the ACT last year had uncovered two pills containing potentially lethal contaminants.

ACT Police said the crowd at the Canberra event this year was generally well behaved. Officers seized multiple drugs including MDMA and apprehended two teenagers who will be referred to an ACT drug diversion program.

Two people were taken to the ACT Police watch house for intoxication and disorderly behaviour and there was also an alleged sexual assault.