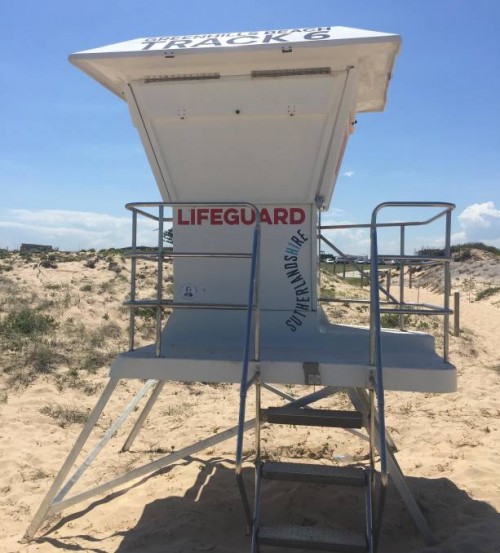 The tower was erected in four hours on Wednesday this week and, when put into operation on Thursday 14th December, played a role in the rescue of three female swimmers from a rip by lifeguards.

A Council spokesperson said a lifeguard was climbing the tower to relieve a colleague after the first shift when he saw three young female swimmers in trouble.

The spokesperson advised “the lifeguard went straight to the rescue board to render assistance, noticing the three girls were in the eye of a rip.

“The lifeguards quickly identified the two swimmers most at risk and pulled them to safety before returning to the water to rescue the third girl with the help of a nearby board rider.”

Mayor Carmelo Pesce congratulated the lifeguards and said it showed the value of the new tower, stating “this is also a strong reminder that swimmers should swim at patrolled beaches only.”

“We can’t stress enough that no flags equals no swim.”

The Council, in conjunction with Surf Life Saving NSW, has also recently introduced a state-of-the-art Emergency Response Beacon(ERB) at the popular Beach.

The ERB will provide an instant communication link between the location and lifesaving services during emergencies, helping to reduce response times. 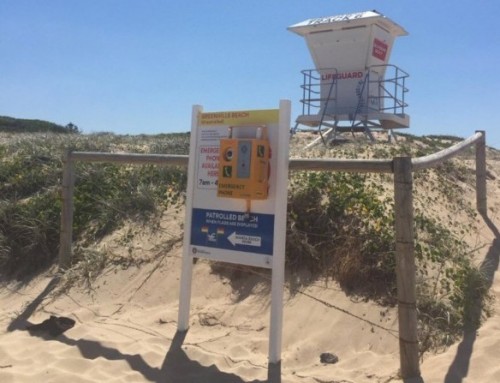 Introducing the ERB, Mayor Pesce advised “each year, tens of thousands of people visit our beautiful Greenhills beach and we want to make sure every single one of them gets home safe.

“Greenhills is a remote stretch of beach and this is why we have chosen this location to install the Emergency Response Beacon.

“This ERB will make sure if anyone enjoying the beach finds themselves, or others in trouble, they’ll know help isn’t far away.”

By pressing the emergency button a call will connect to Surf Life Saving NSW State Operations Centre where an operator will answer the call and relay rescue information to the appropriate Lifeguard/Lifesaving service.

The camera will also activate to allow the operator to view the individual making the call, while at the same time SMS messages will be sent to both Lifeguards and SLSNSW staff, alerting them to the rescue.

Surf Life Saving NSW Chief Executive Steven Pearce said this tool is one of only a few on NSW beaches, adding “we are very pleased to be able to assist Sutherland Shire Council to provide an improved lifesaving technology to the local community.

"This is one of the first Emergency Response Beacons to be deployed in NSW and gives Lifeguards and emergency services the ability to respond quickly to incidents, better protecting the community and ultimately save lives."

The ERB (emergency response beacon) is placed on a pole at the beach at 7am each day and collected before dark.