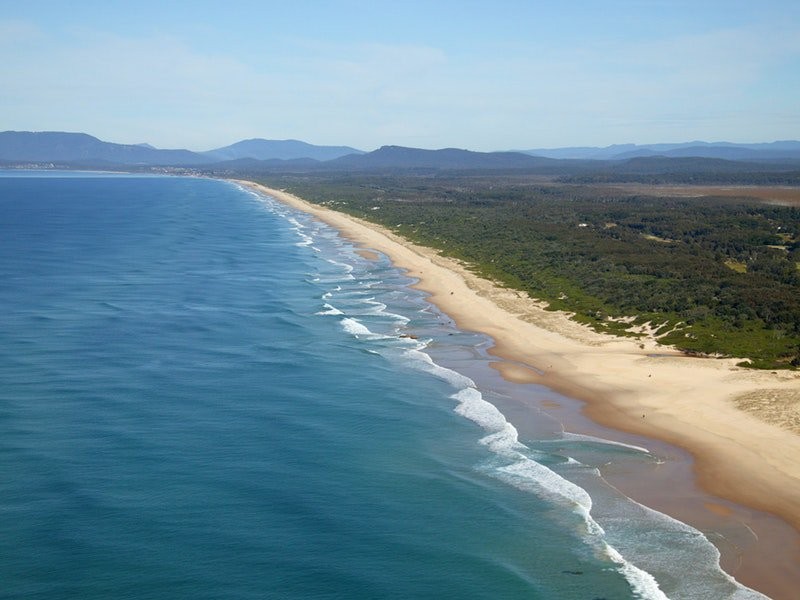 With two people having drowned on the NSW north coast in the past week, leading professional lifeguard Greg Hackforth has stated that an expectation that all beachgoers will swim between the flags all the time is unrealistic.

Greg Hackforth,  Lifeguard Co-ordinator for Coffs Harbour City Council and a former President of the Australian Professional Ocean Lifeguard Association (APOLA) has told the ABC that while swimming between the flags is the most desirable outcome, the reality was quite different, particularly for swimmers in regional areas.

Hackforth stated "if you look at Sydney's coastline there's a lot of patrolled beaches around the area, but on the north coast you've got long stretches of beach that are unpatrolled.”

Hackforth said surf patrols outside cities were generally limited to weekend windows or school holidays, and that swimmers don’t just go to the beach during those times.

He explained “in Coffs Harbour our last patrol is 5 o'clock. During peak summer periods you've got two hours of daylight after that and it can still be 30 degrees plus.

"It is an unrealistic expectation that people are going to swim between the flags all the time."

This week Surf Life Saving NSW again urged people not to swim at unpatrolled beaches, after the death of an 11-year-old boy at Lighthouse Beach near Port Macquarie and a 21-year-old man who drowned just south of Byron Bay.

But with 13 recorded drownings along the NSW coast since July - four more than the same time last year - the ABC has questioned whether improved lifeguarding services should be offered or whether these are greater deterrents for people swimming at beaches that are not monitored.

NSW Police said the boy who drowned at Lighthouse Beach with his family when he was swept away in a rip. The local council website shows the beach will not be patrolled by lifesavers until the school holiday period on 18th December,and then between 9am and 5pm.

Tallow Beach, where the 21-year-old man drowned while swimming on a Wednesday, is only listed as being patrolled on weekends.

Hackforth said he would never encourage someone to swim at an unpatrolled beach, but the reality was that people did.

Surf Life Saving New South Wales Chief Executive Steven Pearce said he understood how enticing it could be for swimmers take a dip and sometimes avoid a longer drive to a patrolled area.

But he urged people to remember the consequences could be devastating, telling the ABC “we've had two tragic drownings and that brings the NSW coastal drownings total to 13 (since July).”

Pearce acknowledged that lifeguards could not be everywhere all the time for everyone, adding “if you are venturing out at an unpatrolled beach for whatever reason, and our message is please don't, then obviously you need to identify what a rip current is.

"If you're second guessing, don't enter the water at all."

Pearce said SLSNSW was bringing in drone technology initiatives for the upcoming summer to help address the issue of people swimming on unpatrolled beaches.

He said the drones would give lifeguards extra eyes and visibility of areas where they could not be in places all the time.