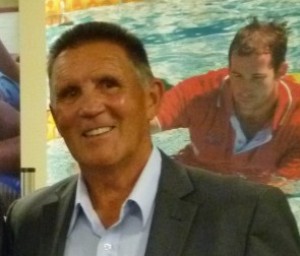 Acknowledging his recognition, a statement from Royal Life Saving Society WA explained “Mr McKenzie has also been an active supporter of the Leisure Institute of Western Australia; and an advocate or the hugely successful Watch Around Water and Keep Watch programs, which have both seen a big reduction in the drowning rate in WA over the past 20 years.

“He was honoured with a Lifetime Achievement Award from the Leisure Institute of WA in 2014, and became a Life Member of the Royal Life Saving Society WA in 2009.”

Surf Life Saving Australia (SLSA) saw its President Graham Ford, Deputy President Ralph Devlin and Board Director Tony Haven each made a Member of the Order of Australia (AM) for their services to surf lifesaving.

Ford has served as the President of SLSA since 2010 and has been a member of the Bronte SLSC for more than 30 years. Such is his dedication to surf lifesaving, he spent today on patrol with his local club.

Welcoming his recognition, Ford stated “this is very humbling, but a great honour … I get a lot out of giving back to the community through surf lifesaving so this really means a lot.

“I am very lucky to have great support from my family so an award like this really is as much for them. Surf Lifesaving is a huge part of our lives. It really is a family commitment.”

Ford, who is also the President of the International Life Saving Federation, was recognised for his significant service to surf lifesaving and the community through a range of leadership roles at the national and international level.

Ralph Devlin was recognised for his significant service to surf lifesaving, particularly as an administrator, and to the law. He is a Queens Counsel, an SLSA Life Member and has been President of Surf Life Saving Queensland since 2011.

Tony Haven was recognised for his significant service to surf lifesaving, particularly in New South Wales, through a range of roles, and to the community.

Haven is the President of SLSNSW and has been involved with Surf Life Saving since 1965.