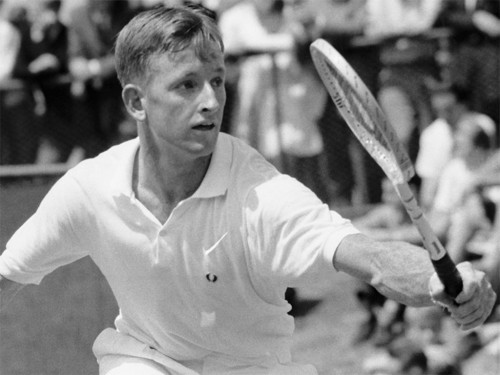 Rod Laver’s receipt of the Companion of the Order of Australia (AC) honoured his career achievements as Australia’s best ever male tennis player.

Made a Member of the British Empire in 1970 – a year after he won all four grand slam tournaments in the same calendar year for the second time – Laver (pictured), 77, was one of just 10 recipients of the top honour, recognised for his “eminent service to tennis as a player, representative and mentor, at the national and international level, and as a role model for young sportsmen and women”.

Veteran lifesaver Graham Ford, President of Surf Life Saving Australia and of the International Life Saving Federation has been named as a Member of the Order of Australia (AM) for his service to surf life saving through leadership roles at the national and international level.

Other sporting figures were acknowledged in the Australia Day honours include Lleyton Hewitt, whose 18-year professional tennis career ended just days ago at the Australian Open, equestrian administrator and three-time Olympian Barry Roycroft and Football Federation Australia Chief Executive David Gallop – each of whom were named a Member of the Order of Australia (AM).