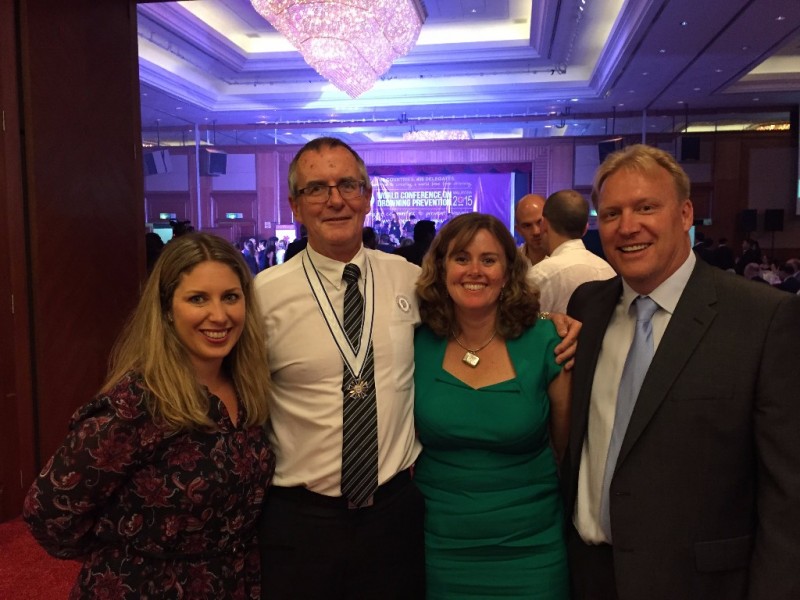 Peter George AM was made a Knight in the Order of Lifesaving at the World Conference for Drowning Prevention being held in Penang.

Commenting on his receipt of the Award, George stated “I feel very proud to receive this honour. I do it because I love it, never for the recognition, but it is always nice to be recognised.

“I have been a lifesaver for almost 50 years and to receive this international honour now means I have been recognised at every level, which is very humbling.”

George is currently the General Manager of Corporate Service for Surf Life Saving Australia and is a former national Director of Lifesaving.

He said a turning point in his Surf Lifesaving career came in 1976 when he attended a conference hosted by world renowned water safety expert Dr Ian Mackie.

He recalled “I remember he challenged me to go out and teach people about water safety. So I was teaching CPR at Christies Beach in South Australia a few years later and this gentleman dropped his son off for the course but didn’t want to come in himself despite me urging him to do so.

“Anyway, a couple of years after that he tracked me down and said, remember me? He said he just wanted to thank me for getting him to learn CPR because he ended up using those skills to save the life of a man he worked with. Ever since then I have been convinced that what we do is so important to society.”

Surf Life Saving Australia President Graham Ford is the President of the International Life Saving Federation, leading a board of directors made up of delegates from around the world.

The biennial World Conference for Drowning Prevention will be held in Canada in 2017.