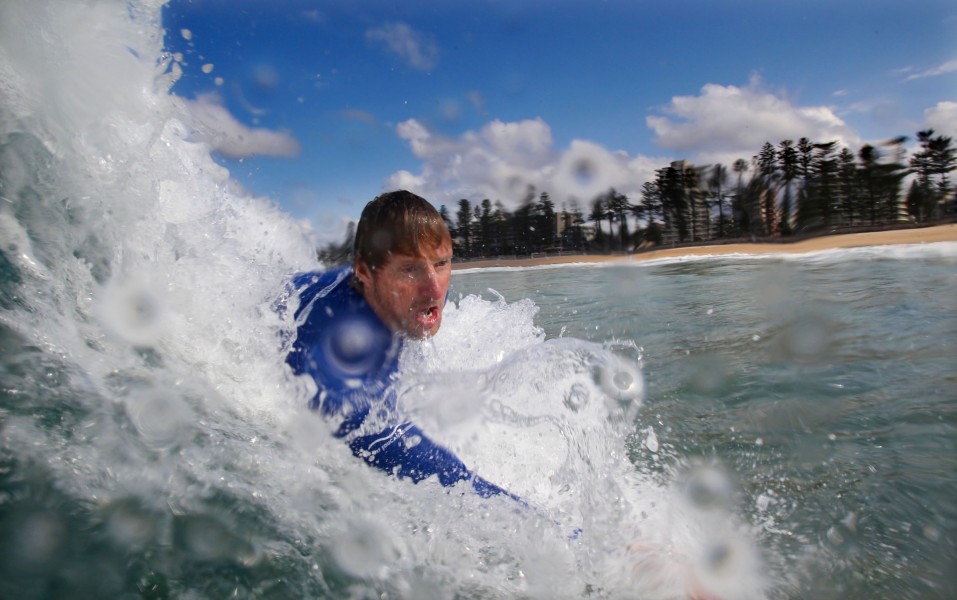 The President of Surf Educators International (SEI), Craig Riddington, says that the dramatic rise in drownings at Australia's beaches is a result of changing demographics and lifestyles in Australia.

Riddington believes there needs to be an urgent increase in education in surf and beach awareness for rural and regional communities and for specific demographic groups in metropolitan areas, explaining "last financial year there were 314 drownings in Australia, up 12% on the five year average.

"It's important that people are educated on the dangers of surf before they even go to the beach â¦ data shows that you are 200 times more likely to die swimming than driving a car when you take into consideration the amount of time taken for either activity.

"Australia puts a lot of resources into saving people when they are drowning, yet little is effectively used on actually educating those most at risk from even understanding the dangers of entering the water at a beach.

"Traditionally almost all Australian children were taught to swim and most lived near the beach where, from an early age, they learnt from their community how to understand the surf.

"Australia's demographics and lifestyles are changing and it appears that the so called natural surf culture and understanding of the surf environment has not been passed onto new generations.

"SEI educators are highly trained and accredited surf professionals who provide an understanding of the challenges of the surf and how to reduce the risk of drowning. We do not teach people to swim and we do not undertake the role of volunteer lifesavers and professional lifeguards in actually pulling people out of the surf.

"Our goal is to reduce the rate at which drowning are occurring. We believe that drowning numbers will continue to rise unless there is a focused education program introduced throughout rural and regional Australia and into particular areas in the cities.

"SEI provides accredited surf professionals who patrol our beaches and provide hands on surf education by actually understanding the real issues in the surf. Our members are not trained in the classroom, they have actually spent a life time patrolling beaches and passing on valuable education.

"We believe there must be a measurable education service provided to ensure the correct information is being taught by accredited professionals."

Riddington ('Riddo') is one of the highest profile and most successful Ironman Champions and Surf lifesaving Champions in Australia. An Australian swimming representative, Riddo collected 21 State, 12 Australian and two world championships in Ironman and Surf Lifesaving events.

A recently released book The Greatest Surf Life Savers in History hailed him as the "greatest surf swimmer ever" and among the top 25 competitors in the history of the movement.

For more information go to www.surfeducatorsinternational.com.au