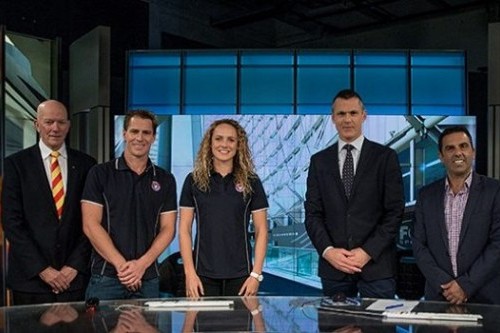 Australia's Nutri-Grain IronMan and IronWoman Series is set to undergo the biggest transformation in its history with an exciting new format is ushered in for 2017.

Today’s announcement is the continuation of a long-standing partnership between Surf Life Saving Australia and Kellogg Australia.

For more than 30 years SLSA and Kellogg have delivered the world’s elite surf sports competition and helped develop some of Australia’s finest and fittest athletes.

Surf Life Saving Australia President Graham Ford commented “the Nutri-Grain Finals Series defines summer in Australia. The beach, the surf and the finest surf sports athletes in the world who have become part of Australian sporting history and given young athletes heroes to look up to and aspire to become.

“SLSA is committed to the elite surf sports program and part of that is ensuring we are delivering a sustainable, contemporary and relevant product that resonates with our fans and continues to build our audience.

“We have listened to our audience, taken on board market research and come up with a format which we believe will be exciting to watch and reinvigorate the brand. Crucially, our leading athletes have been engaged in this process at every stage.”

This summer, the Nutri-Grain Finals Series will take place over three days from 24th to 26th February in the southern Sydney suburb of Cronulla.

FOX SPORTS will also continue its support of Surf Life Saving in Australia providing live coverage of the Nutri-Grain IronMan and IronWoman Finals Series as part of the 2016/17 Summer of Surf Series.

The Summer of Surf Series will again provide a qualifying pathway for athletes, hosting six rounds between October 2016 and February 2017. Each athlete will have their best three round results count towards qualification for the Nutri-Grain IronMan & IronWoman Finals Series.

“This is a great news for the Shire. The Shire is home to some of the best beaches in the world and this is a great opportunity for families to come down to Cronulla, enjoy this fantastic free event and witness some elite athletes in action.”