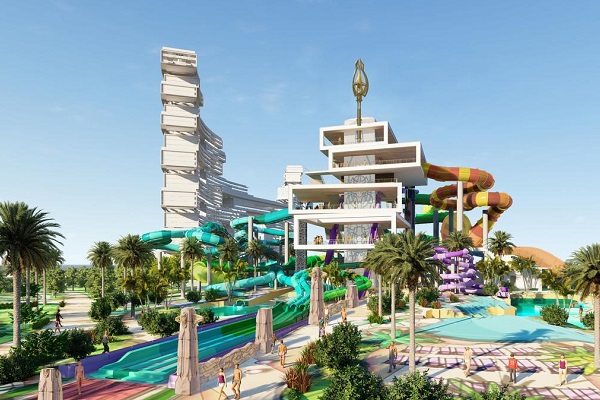 Dubai's Atlantis Aquaventure waterpark has announced a major expansion, with plans to open a dozen new rides in the middle of 2020.

In addition to adding to the 20 rides and rivers already spread across its 170,000 metre² site at Palm Island, the 34-metre tall Trident Tower will feature a number of rides supplied by ProSlide, including MammothBlast, a 449-metre family adventure water coaster that uses water propulsion technology; the Dueling PipelineBlast/FlyingSaucer 20 hybrid ride, which propels guests through 'gravity-defying' turns at high speed; and RallyRacer 32, a ride for competitive visitors.

Trident Tower will also feature an upgraded version of the park's Leap of Faith slide, with two slides rather than one, each dropping guests more than 34 metre at high speed.

A range of new childrens’ rides are also to be added, including four mini versions of ProSlide rides, including as a two-lane downhill mat racer, a scaled-down version of the Tornado funnel, and Kidz Bowl 14. 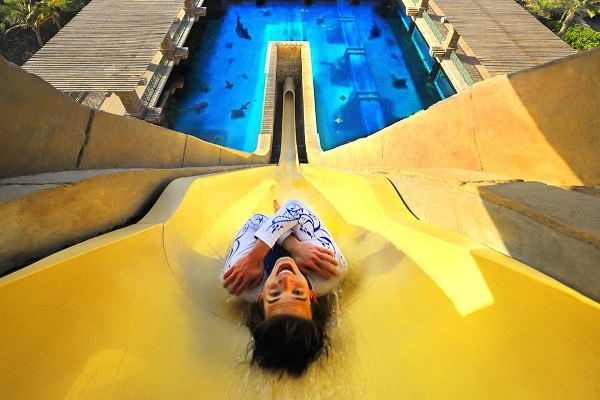 As well as new rides, an under-development lazy river will allow guests to relax through 500 metres of twists and turns.

Outlining the expansion, Tim Kelly, Executive Vice President and Managing Director at Atlantis The Palm and The Royal Atlantis explains “enhancing the Atlantis Aquaventure's offering is the natural next step in providing the best experience possible for our visitors.

"We have carefully curated each attraction to ensure that we deliver first-of-its-kind ride technology for children, families and thrill-seekers alike and we look forward to the unveiling in 2020."

Atlantis's new 43-storey Royal Atlantis Resort & Residences is set to open beside the waterpark in in late 2020, with 231 luxury apartments, 795 luxury hotel rooms, and more than 90 swimming pools including a rooftop Skypool.

Images: The planned Trident Tower at Dubai's Atlantis Aquaventure waterpark (top) and the attraction's Leap of Faith slide (below).