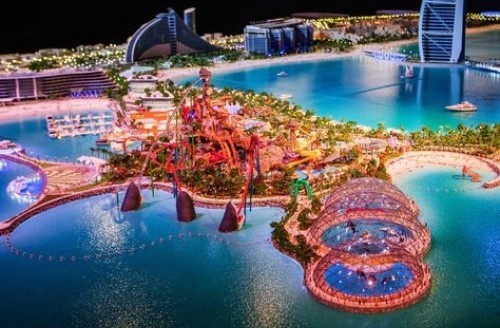 Iconic Dubai waterpark Wild Wadi, one of the United Arab Emirate's signature leisure attactions, is to be relocated to a new man-made island next to the landmark Burj Al Arab hotel.

Relocation of the waterpark will see the waterpark’s current site redeveloped as part of the DHS6.3 billion (US$1.7 billion) Marsa Al Arab project from Dubai Holding that will see creation of two new islands either side of the Burj Al Arab hotel.

One island will be dedicated to entertainment and family tourism, while the other will feature exclusive luxury resort.

Wild Wadi will be relocated to the entertainment-focused island to support visitor numbers to the new resort, which will be managed by Jumeirah Group. 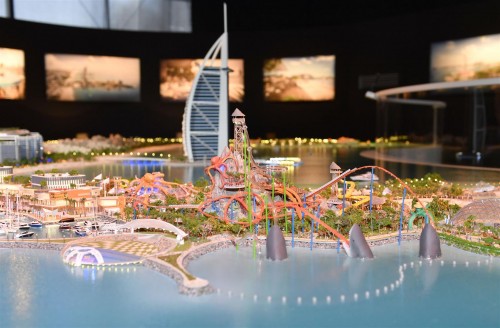 With the relocation, the waterpark will double its size and feature new rides.

Dubai Holding will also develop a Marine Park - a marine life edutainment centre - that will include a theatre with a capacity of 1,000 people. Visitors will be able to interact with exotic aquatic animals and fish at the park.

Marsa Al Arab is also set to feature a theatre with a capacity for 1,700 people that will be the home to Cirque du Soleil.

The new destination will also feature the Dubai Pearl Museum to showcase rare and ancient pearls from the region and worldwide, besides telling the stories of UAE’s pearl divers. The museum will also have a functioning pearl farm and a pearl-inspired boutique hotel.

To attract international companies to set up base at the new destination, Marsa Al Arab will also include serviced commercial space besides a mixed-use convention centre and an adjoining hotel on the mainland.

The project will break ground next month and is expected to be complete in late 2020.

Wild Wadi first opened in 1999, proving to be one of the most significant leisure developments in the UAE.

Images: Models of how the Marsa Al Arab will look (top and middle) and Wild Wadi waterpark today (below).