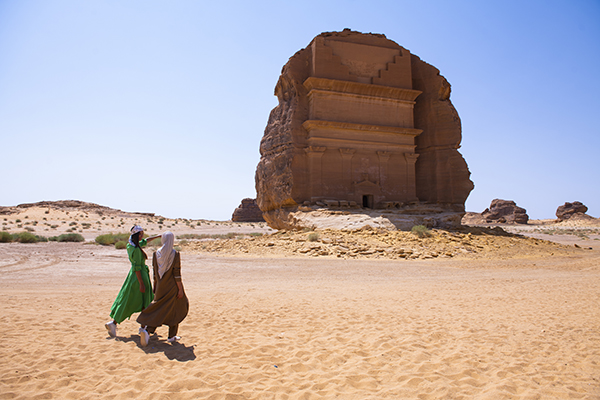 YouGov research surveyed 9,521 people across the USA, China and five key markets in Europe, revealing a growing interest in visiting Saudi Arabia. The research has identified that one in five tourists are now more likely to visit Saudi Arabia for a vacation than five years ago.

The data coincides with the Saudi Commission for Tourism and National Heritage (SCTH) revealing its top inbound source markets since Saudi Arabia's opened its doors to international tourism.

Since the launch of the new tourism visa in September, visitors from China, UK, Malaysia, United States and Canada have topped the list of new arrivals welcomed into Saudi Arabia.

Saudi's historic sites appear to be an important attraction for tourists to the Kingdom. Among those surveyed by YouGov, over one in five (22%) are keen to visit Jeddah's historic old town, a UNESCO World Heritage Site.  Meanwhile, another UNESCO site, previously only known to a few travellers, is gaining a following amongst Chinese millennials.  Al Ula now tops the list of destinations in the Arab world of a third of Chinese tourists under the age of 35.

Italians top the list with 35% surveyed saying they would be more likely to visit Saudi Arabia following the new visa launch. British tourists were 15% more likely just ahead of Americans at 14%.

The research also points to new opportunities for multi destination tourism growth. Of all respondents 73% reported a preference to visit several destinations rather than stay in one location.

His Excellency Ahmad bin Aqil Al Khatib Chairman of the Board of Directors of the Saudi Commission for Tourism and National Heritage (SCTH) advised "this year marked the historic moment of Saudi Arabia opening its doors to the world. We are welcoming more visitors and investors than ever before. To those thinking of visiting Saudi Arabia in 2020, you won't find a warmer welcome anywhere in the world."