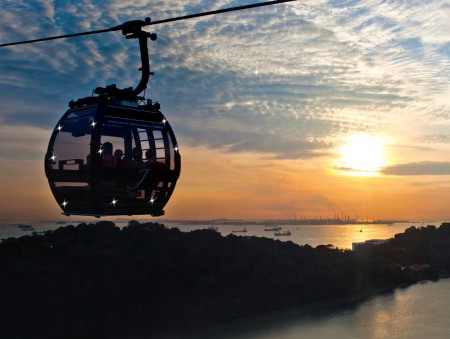 A new intra-island cable car service has been launched at Singapore’s Sentosa Island, giving the growing number of visitors another option of getting around the attractions hub.

The 890 metre long link - half the length of the current cableway linking Sentosa to Mount Faber - transports visitors within the island between three main attraction clusters at Merlion Plaza, Imbiah Lookout and Siloso Point.

The new line is not connected to the existing 1.72 metre Mount Faber Line, so visitors will have to walk three to five minutes from the Sentosa station on the original line to the Imbiah Lookout Station on the new line.

The new $78 million line has 51 eight-seater cabins and is able to move about 2,200 people per hour in one direction.

Welcoming the new attraction at its launch, Mike Barclay, Chief  Executive of Sentosa Development Corporation (SDC) which manages the island, stated "we expect it to become the preferred mode of transport for our guests wishing to access the western tip of Siloso Beach, as well as the Shangri-La Rasa Sentosa Hotel, Underwater World Singapore and Fort Siloso." 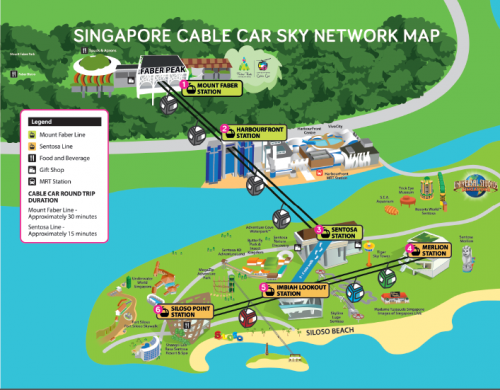 The three-station system will cost Singaporeans and resident adults $9 and $5.50 for children for a round trip.

A new attraction, the Fort Siloso Skywalk, has also been announced this week.

The 181 metre long, 11-storey high aerial walking trail will take guests above a canopy of treetops, and allow them to chance upon animals such as the plantain squirrel and white-bellied fishing eagle.

Fort Siloso, which used to be a gated attraction, will permanently open its grounds for all to enjoy for free.

The number of visitors to Sentosa has jumped from 6.2 million in 2009 to about 19 million last year on the back of the opening of Resorts World Sentosa and Universal Studios theme park.