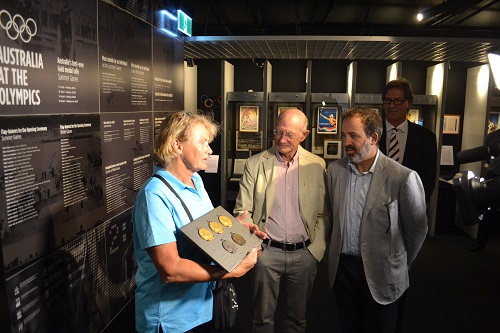 The National Sports Museum at the Melbourne Cricket Ground is set to undergo a $17.1 million redevelopment that will include expanded exhibits of sporting memorabilia and new multi-media displays.

Increasingly identified as a way of generating attendance at venues during non-event days, sport museums around the world are being redeveloped as entertainment and educational experiences.

The MCG redevelopment will include expanded coverage of football and a new Hall of Fame section to tell its history to visitors from both home and abroad.

The Victorian Government will contribute $5 million to the overall $17.1 million upgrade to the attraction, which originally opened back in 2008.

Revealing that over 140,00 people visited the museum annually and a hope that the upgrade would encourage visitors to return time and time again, Melbourne Cricket Club President Steven Smith advised “if the MCG is the home of Australian sport then the National Sports Museum is the heart of it.

“Sport is about who we are as a nation. Everyone has a story and connection to sport and its pivotal role in Australia’s social, cultural and national identity. It’s part of our fabric.

“This upgrade will ensure a visit to the National Sports Museum is fun, exciting and interactive and offer a shared family experience that will encourage people to come back over and over again.

“The new-look National Sports Museum will be a leading-edge venue in the sporting and cultural landscape and we’re thrilled by the support from the State Government to ensure we create a vibrant and unique sporting experience for all visitors.”

The museum will close later this year for renovations with its upgraded form to reopen in March 2020.