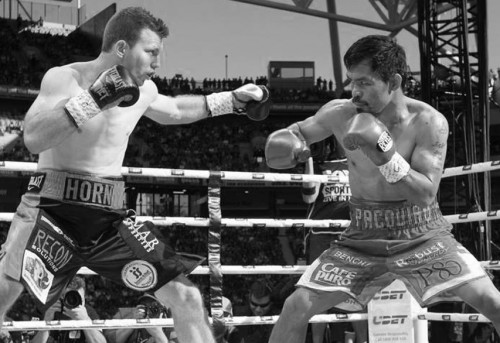 Australia's leading athletes and sporting performances have been acknowledged at the 2017 Sport Australia Hall of Fame awards.

On the night after an amazing year that saw him most recently defeat all-time great Manny Pacquiao in front of a packed home crowd in Brisbane, Horn stated “it is massive.

“I can remember growing up being inspired by previous winners such as Cathy Freeman and Ian Thorpe. To know I am potentially inspiring the future generation of athletes like these guys have done for me is an incredible feeling.”

Track and field star Steve Hooker was inducted into the Sport Australia Hall of Fame after a dominant career which saw him win gold at the Beijing 2008 Games while simultaneously holding the World Championships, Commonwealth Games and Indoor World Championships titles.

History was made when Lauren Burns became the first taekwondo inductee into the Hall of Fame after a career that was punctuated by her Sydney 2000 gold medal while cyclist and fellow Olympic gold medallist Brad McGee joined her after a 10-year career that saw him also win World Championship gold and wear the leaders jersey in each of the three Grand Tours.

Three-time Olympic silver medallist Raelene Boyle became the 39th Legend of Australian sport for her feats on the track as sports medicine pioneer Dr. Grace Bryant was inducted as a general member of the Sport Australia Hall of Fame for her amazing work with five Olympic Teams.

Established in 1985, The Sport Australia Hall of Fame aims to preserve and celebrate the history of Australian Sport and excite the next generation of Australians to achieve their potential both in sport and in life. The aim is to preserve Australia's rich sporting heritage by honouring these great athletes, and use the values and experience of Members to inspire future stars of Australian sport.

Images: Jeff Horn takes on Manny Pacquiao during the 'Battle of Brisbane" (top) and 2017 Sport Australia Hall of Fame inductees (below).