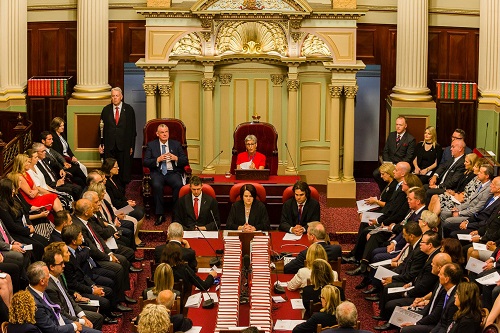 The official opening of Victoria’s 59th Parliament has seen the swearing in of new MPs and the confirmation of Ministerial posts in the new state Government.

For the first time in history, half the Victorian Cabinet will be women, with Victorian Premier Daniel Andrews having appointed 50% women to porfolios, with 50% of the lead Ministers of Government departments will be women.

Among appointments with leisure responsibilities, Jaclyn Symes will be Minister for Regional Development, Agriculture, and Resources as well as Deputy Leader of the Government in the Legislative Council.

Following former Minister John Eren stepping down as Minister for Tourism, Sport and Major Events, Martin Pakula will take on these roles as well as being Minister for Jobs, Innovation and Trade and Minister for Racing.

Minister Eren, the member for the Geelong-based seat of Lara, stepped down after a successful period in the tourism, sport and major events portfolio since 2014. 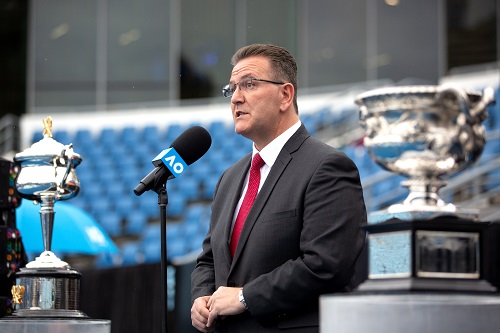 In a statement, he advised “I want to thank my Ministerial office staff, with special mention of my Chief of Staff Christina Smith, for their hard work over the past four years.

“Delivering the program of commemorative events for the Centenary of Anzac was a great privilege. Representing the Victorian people for the 100th Anniversary of the Gallipoli Landings will remain with me forever.

“I am proud of the work we’ve done to lift the profile of women and girls in sport. In particular, the record investment of over $30 million for female friendly facilities and the creation of the Office of Women and Girls in Sport Recreation Victoria.

“I am proud of our legacy in creating Visit Victoria. We now lead the way nationally with a strong Visitor Economy creating 25,000 new jobs in the industry since 2014.”

The former Minister, who suffered a heart attack in 2016 and was hospitalised will continue to work as an MP, seeking, as he stated “to deliver outcomes for my electorate and the Geelong region.”

Acknowledging his achievements, Football Victoria President, Kimon Taliadoros, said the governing body had enjoyed a mutually-productive relationship with the former Minister and was looking forward to “building on that partnership with Minister Pakula.”

He added  “I’d like to offer my sincere thanks to Mr Eren, a passionate football person and someone who I’ve enjoyed working with immensely as the game seeks to capitalise on the tremendous opportunities ahead of it.”