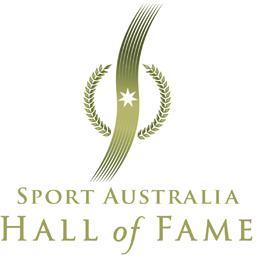 The Federal Sports Minister, Kate Ellis, has congratulated the eight athletes and coaches who have been inducted into the Sport Australia Hall of Fame.

The inductees were announced at the 24th annual Sport Australia Hall of Fame dinner held in Melbourne on Wednesday night.

Minister Ellis stated "Australia has been blessed with generations of great sporting talent (and) the Hall of Fame awards are a wonderful way of recognising the inspirational efforts of these great Australians ... not only recognising excellence on the field but all of its members, including the new inductees, admirably represent the strong Australian values of sportsmanship, integrity, courage and fairness.

"Sport is so much a part of Australian society and such a powerful tool for social change that we are honoured to have such fine Australian sporting ambassadors such as the people who have been inducted in the Hall of Fame."

Two of the new Hall of Fame members have links to the Australian Government's strong commitment to sport. Tennis champion Todd Woodbridge is a former Australian Institute of Sport scholarship holder and Alisa Camplin is a current board member of the Australian Sports Commission.

There are now 486 Australians whose excellence in sport, coaching, administration and media have been recognised with membership of the Hall of Fame.