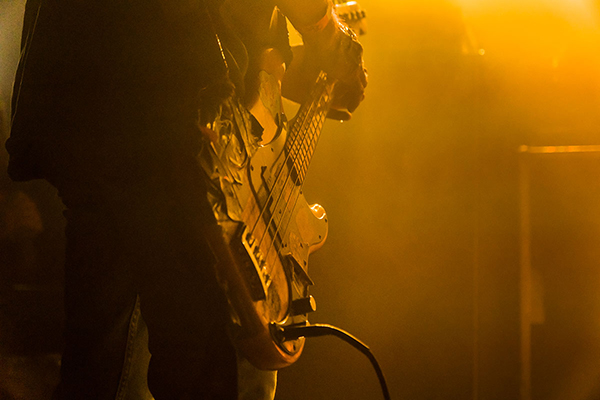 The Gold Coast’s music sector is set to be positively impacted following the formation of a special Music Advisory Group tasked with building a thriving and recognised local music industry.

The Music Advisory Group forms part of the City’s Music Action Plan which aims to positively impact the music sector on the Gold Coast.

Mayor Tom Tate noted 2020 would be a big year for the Gold Coast music industry advising “it is fantastic to see the calibre of people we have on board as part of the group to help steer our music industry.

“2020 is going to be a golden year for music on the Gold Coast as we start to see the Music Action Plan in full swing and starting the New Year with international artists such as Queen.

“I’ll also continue my pursuit of the boutique stadium.”

The Group was determined by an independent music industry panel and is chaired by communications and marketing expert Dean Gould, who is currently the Chief Marketing Officer of Southern Cross University.

The Music Advisory Group consists of the following members:

Mark Duckworth
Mark Duckworth started his music career on the Gold Coast as a performer, venue manager and promoter. Mark has worked as a music producer and co-writer with many Gold Coast artists and is currently the Festival Director delivering Blues on Broadbeach and the Groundwater Country Music Festival.

Matthew Schneider
Matthew Schneider leads the Urbis Gold Coast office and is a respected town planning consultant and economic development advisor. Over his career, Matthew has worked on a broad range of mixed-use tourist and entertainment projects, including many involving music and performance spaces.

Graham Ashton
In 2010, after almost 20 years at record labels, Graham Ashton launched Footstomp Music - a music services company specialising in artist, project and event management. Graham is proud to have worked closely with hundreds of artists, including the likes of Robbie Williams, Powderfinger, Amy Shark, The Living End and Paul Kelly.

Brad Hosking
Brad Hosking is a musician and record producer. Brad currently shares his time between touring, lecturing in the Bachelor of Contemporary Music Practice course with TAFE Queensland and the University of Canberra, running his own recording studio and production facility. Brad is currently touring with Amy Shark as musical director.

Lachlan McGuffie
Lachlan McGuffie is a local musician who is experienced in dealing with booking agents, venues, bands, festivals and promoters. Lachlan was showcased at BIGSOUND, has played at major festivals and the Commonwealth Games and has been a guest at Spotify HQ in Sydney.

Brad Hinds
Brad Hinds has worked in the music industry since 2003 in marketing and publicity roles, and also assisting with band bookings for local venues. In 2008 he joined Oztix in the role of Senior Business Development Manager, which saw Brad engage with venues, promoters and event managers across Australia and New Zealand to partner on the best ticketing and event outcomes for his clients.

Denise Foley
In 1998, Foley joined the QMusic board, where she introduced the Queensland Music Awards and helped develop BIGSOUND into what now remains the most significant music industry event and artist showcase in Australia. During her time at QMusic, Denise also chaired AMIN, the Australian Music Industry Network. Denise runs boutique record label Plus One Records.

The Group will host its first official meeting on Monday 20th January 2020.