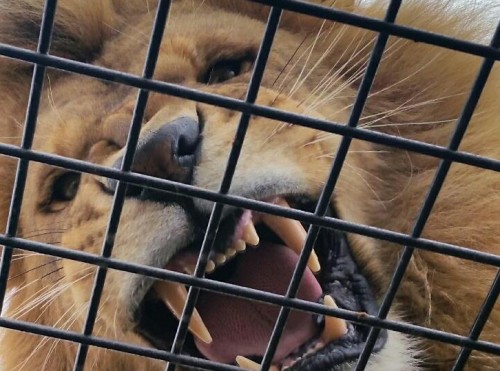 A new cage that reverses traditional viewing experiences in animal attractions has opened at Monarto Zoo near Adelaide, enabling visitors to walk right into the habitat of one of Australia's largest lion prides.

Introducing the new Lions 360 attraction, Zoos SA Chief Executive Elaine Bensted stated "it's a truly hair-raising experience with visitors able to enter the cage and get closer than ever before to our amazing lions.”

Today’s opening saw 11 lionesses curiously climbing on top of the enclosure from where they roared at visitors inside the cage.

Zookeeper Anna Bennett said the lions were not naturally aggressive despite how it seemed, advising “they are the kings and queens in Africa so they know they can command the power and attention from all of the other animals, so that's what they are doing here.

"They know they are getting a reaction.

"Everyone reacts and so they will continue to behave that way." 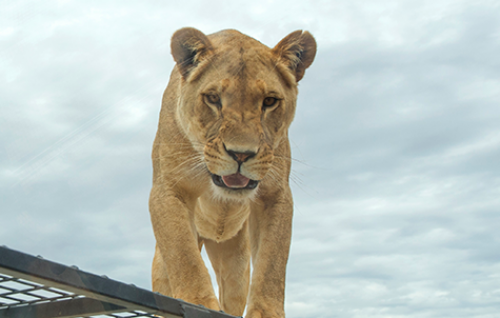 The idea of Lions 360 was inspired by Rodney Fox who designed the first-ever underwater cage for shark diving in Port Lincoln after he was attacked by a shark in 1963.

Fox explained “they are both predators, both man biters.

"I think the lions will actually eat humans more readily than sharks will."

Zoos SA predicts it will attract an additional 3,000 visitors to the attraction each year following the opening.

Commenting on the significance of wildlife and nature-based tourism, South Australian Tourism Minister Leon Bignell advised “we have amazing wildlife experiences in South Australia from holding a koala to diving with great white sharks, and now being able to get up close to lions and actually hand feed them.

"Lions 360 is another example of great work being done across the state to encourage visitors to South Australia, and for locals to explore their own backyard."

Zoos SA attraction the Adelaide Zoo had to euthanase a Sumatran tiger because of a range of age-related conditions last week.

The 19-year-old male tiger, called Tuan, had suffered from kidney issues and arthritis for several months but its condition deteriorated during the current month, and it was put down on Thursday.

In June, Australia's oldest Sumatran tiger, the female Kemiri, was euthanased by vets at Adelaide Zoo because of similar health conditions.