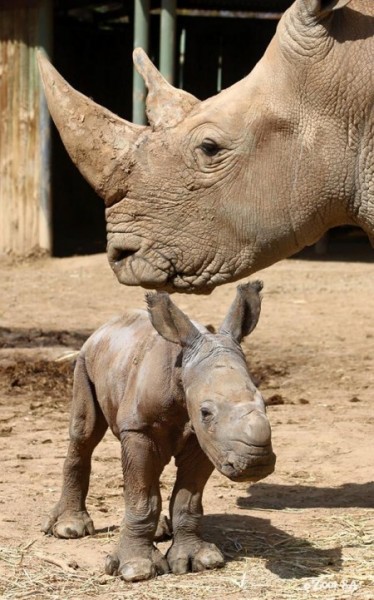 The safe arrival of a new southern white rhinoceros is being celebrated by staff at Monarto Zoo in South Australia.

The yet-to-be-named female calf was born on Saturday morning (12th September) and is the fifth to be bred at Monarto.

Zookeeper Haidee Kinter said mother and calf were enjoying some private time in an off-limits area of the rhino facility.

Kinter told the ABC "our girls at Monarto are just fantastic mums, so I guess we pretty much just stand by and keep an eye from a distance and make sure they're doing good and they do the jobs themselves really."

Located near Murray Bridge, Monarto Zoo is home to a rhino creche of five southern white rhinoceroses, including two adult females and a juvenile female.

The two females, Umquali and Uhura, have previously mothered four calves born at the zoo.

Kinter added "all rhinos are pretty rare and special, the way things are going at the moment, but for any baby born is just fantastic news for all involved

"So we're pretty happy to have this little girl on the ground."

Monarto staff are also anticipating the birth of two chimpanzees while the Adelaide Zoo is currently hopeful that their giant panda Fu Ni has just fallen pregnant.