Mike Fitzpatrick to step down as AFL Commission Chairman 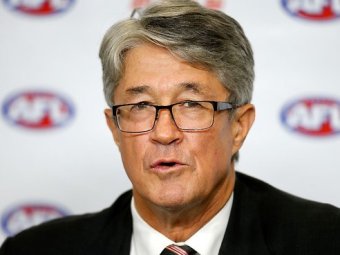 After a decade as Chairman of the AFL Commission, Mick Fitzpatrick has announced his retirement, to will be replaced by former Wesfarmers Chief Executive Richard Goyder.

The AFL released a statement yesterday (Wednesday 15th February) confirming that Fitzpatrick, who has been on the Commission for 14 years, was retiring from his post.

During his time as Chairman Fitzpatrick oversaw a series of significant developments for the league, including several TV rights agreements and the expansion of the league to include Gold Coast and GWS, who entered the AFL in the 2011 and 2012 seasons respectively, and the recent launch of the AFL Womens competition.

Announcing his retirement, Fitzpatrick stated “the highlight for me was the signing of the most recent media deal.

"The size of it and the scale of it and what it does for the code is a great achievement."

One of Fitzpatrick's, and the AFL's, greatest challenges was the handling of the Essendon doping saga. The AFL came under plenty of criticism for its handling of the scandal, which dragged on over a number of years and saw 34 past and present players suspended.

However, Fitzpatrick said he had no regrets with how he handled the affair, stating "I'm totally comfortable with the way it was dealt with.”

The former Subiaco and Carlton player won three VFL premierships with the Blues, and was a Director of Carlton from 1989 to 1995.

AFL Chief Executive Gillon McLachlan said Fitzpatrick had been a mentor and friend, commenting "Mike was at his best under pressure, and I will always appreciate his calmness and directness when things were challenging. His great legacies are his love for the game, and his backing of the management team to make big decisions to change and ultimately grow our competition.”

Fitzpatrick's final Commission AGM will be on 16th March, with Goyder, who announced his resignation from Wesfarmers earlier this week, to take over on 4th April.