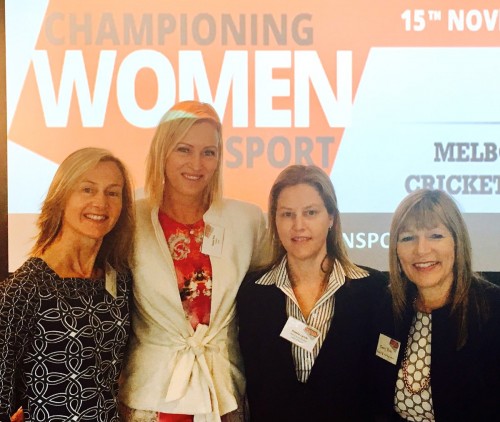 The AFL needs to make sure its new AFL Women's competition can hold onto fans when the "novelty" starts to dwindle after the first few seasons, according to a speaker at the Championing Women in Sport conference in Melbourne.

Speaking today at the conference at the MCG, Ted Johnson, Senior Vice President and Chief Strategy and Development Officer at the Minnesota Timberwolves and Minnesota Lynx, shared his experience from the creation of the Women's National Basketball Association (WNBA) in the USA in the late 1990s.

Referring to the interest shown in the new AFL Women's competition, Johnson advised that it will be important to identify fans early and to understand what would keep them coming back, stating “those first couple of years celebrate it, enjoy it, but be prepared for year three as interest may begin to drop off.

The Minnesota Lynx have won three WNBA championships in the past six years and believe the key to connecting with female fans is to market the game differently.

Johnson said his experience was that the female audience wanted a deeper connection with their team with a focus on more than just results and that simply re-packaging the men's game was not the answer.

He added “the WNBA Is not about high-flying dunks and individual achievement - it's about a team concept, it's more of a ‘we’, than ‘me’.

"(Women) want to understand that the team is connected to a larger mission of building a league for women (and to know) that we are acknowledging and inspiring women."

The first season of the AFL women's competition will consist of seven matches played in February and March.