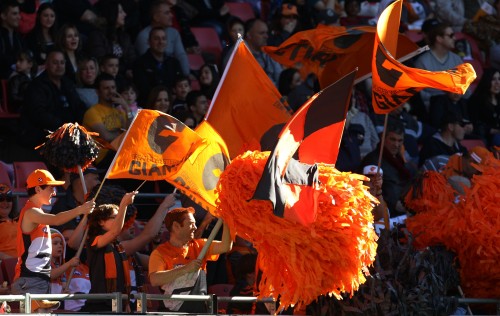 With the Sydney Swans and the GWS Giants set to take clash in an historic AFL finals series match, AFL Commission Chairman Mike Fitzpatrick has outlined the code's long-term plan to become the dominant in NSW and Queensland.

Speaking to the ABC’s Grandstand, Fitzpatrick outlined the AFL’s 20-30 year plan to become the most popular sport across the entire east coast of Australia.

Fitzpatrick stated “we'd like to be the number one code.

"That's going to be tough but I think that should be our objective and I believe with enough resourcing and support that's manageable."

Fitzpatrick said he had personally pushed for the GWS franchise despite some questioning the establishment of the club in 2009 and that, after some early difficulties, the club now has the potential to tap into a huge pool of supporters and participants.

Fitzpatrick added “my personal view is the Giants can become a very big football side.”

Fitzpatrick said the Giants represented both Western Sydney and Canberra and as they became more successful on-field and created deeper links with their community further growth would occur.

He said the Canberra region had been instrumental in helping the Giants get up and running and the club now covered a broad geographical region.

He admitted that the AFL made some errors in executing the plan to build a club from scratch but on balance most of its decisions have proved right.

He said starting the Giants now would be much harder given the NRL was a stronger competitor in 2016 than it had been when the Giants was being planned.

The AFL Chairman also said the introduction of the two expansion clubs had been a significant factor in the code's ability to negotiate such a good broadcasting deal.

Fitzpatrick also pointed out the AFL's fight for fans in expansion areas was becoming ever more difficult, with other codes also making headway.

He concluded “the NRL have certainly lifted their game and money and ARU is always a threat, and soccer in the long term (but) I believe our game will stand up against any of the others.

"We will get our market share of that population and that translates into a big football club.”