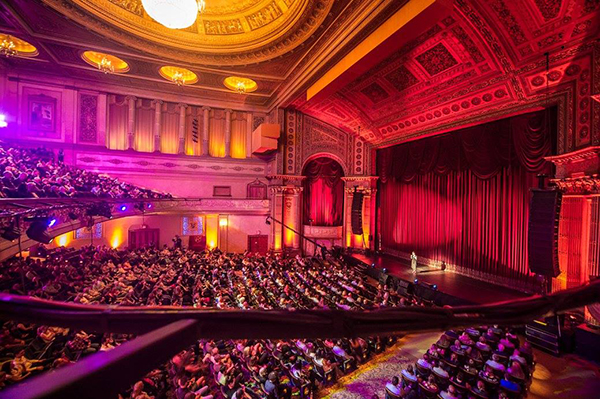 The Victorian Government is supporting a major transformation of Melbourne’s Regent Theatre with a contribution of $14.5 million towards the $19.4 million upgrade, which will renew the Collins Street landmark inside and out.

The project will be completed in early 2020 and in 2021 the theatre will host the Australian premiere of Moulin Rouge! The Musical, based on the global smash hit film by Australian director Baz Luhrmann.

The upgrades to the theatre will be its first since the heritage site reopened to the public in 1996. Works include upgrades to seating, improvements to the bar and foyer areas, more women’s bathrooms and extending the balcony to bring audiences closer to the action. The theatre’s façade will be repaired and cleaned.

Built in 1929, the Regent is an iconic part of Melbourne’s history, having survived threats of demolition, a flood, and a fire in 1945 that gutted the auditorium and destroyed its organ.

As part of the upgrade project, the Government is working with the Marriner Group to give more Victorians the chance to experience the magic of live performance.

Free theatre tickets will be offered to drought-affected farmers from East Gippsland and Wellington through the Gimme a Break program – and 1,000 free tickets will be allocated to children in state care and their carers.

There will be 10,000 free or low-cost tickets provided to Victorian state school students.

The Regent opened 90 years ago and was operating as a movie house when its doors closed in 1970, not to open again until its rebirth in the mid-1990s under the management of the Marriner Group.

Commenting on the project, Victorian Minister for Creative Industries Martin Foley noted "Melbourne is home to the best theatres in the country, including extraordinary heritage theatres like the Regent. This investment ensures that we will continue to attract and host top productions for many years to come – introducing new generations of Victorians to the magic of theatre and live performance.”

Victorian Minister for Tourism, Sport and Major Events Martin Pakula added “Moulin Rouge! The Musical is going to be a major winner for Victoria when it lands in 2021 and it’s fantastic that it will open in a rejuvenated Regent Theatre.”