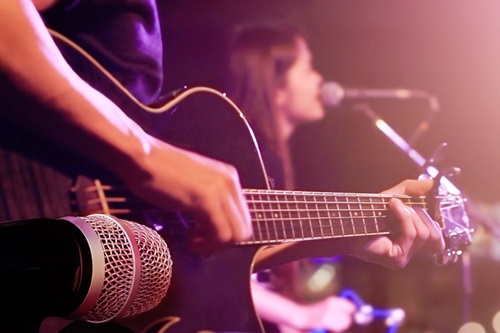 Evelyn Richardson, Chief Executive of LPA noted “These are solid results, but the rate of growth year on year is slowing compared to previous years, underscoring the need for a positive policy framework from the federal, state and territory governments which support live performance.”

Total revenues and attendance had grown by 32% and 23% respectively in the previous year (2017).

Growth in 2018 was driven largely by contemporary music which accounted for slightly over half of total revenue for live performance in at $1.09 billion. This was a 32% increase on the previous year and accounted for 38.4% of attendances (over 10 million).

Musical theatre revenue was down by 4% and attendances dropped by 3.1%.

Richardson advised the live performance industry made a significant contribution to national and regional economies, but governments needed to pay closer attention to policy settings, investment levels and infrastructure required to support growth across all genres.

“In particular, we’ve recently seen a period of uncertainty in NSW – our largest market for live performance – due to the State Government’s approach to music festival regulations and a lack of strategy around theatre venues for Sydney.

“NSW is our largest live performance market in Australia, and we need it to perform well for the health of the industry overall.

“While total revenue increased in NSW by 22% and attendances were up by 19%, for 2018, Queensland recorded a 20% increase in both revenues and attendance for the same period.”

NSW’s growth was largely driven by increases in the Special Events, Festivals (Multi-Category) and Theatre categories. Queensland’s significant growth was supported by live performance events associated with the Commonwealth Games.

Tasmania also enjoyed exceptional results, largely due to its range of world class multi-arts festivals; it experienced the highest year-on-year growth in attendance (67%) and a 17% increase in revenue.

Victorians value their live performance experience by spending the most on tickets, at an average of $107.08 per person compared with the national average of $99.03. Victoria was the second largest contributor in revenue (32.3%) and attendance (30.5%) and, for the first time, outperformed NSW in contemporary music, generating the largest market share in revenue (37.3%) and attendance (33.2%).

Combined NSW and Victoria generated approximately 67% of all revenue and 62% of attendance in 2018.

Produced annually since 2004, the Ticket Attendance and Revenue Report is the most comprehensive and reliable survey of ticket sales and attendance for Australian live performance events.

The 2018 Ticket Attendance and Revenue Report can be accessed at http://reports.liveperformance.com.au/ticket-survey-2018