Kate Palmer agrees to give evidence to sports grants inquiry 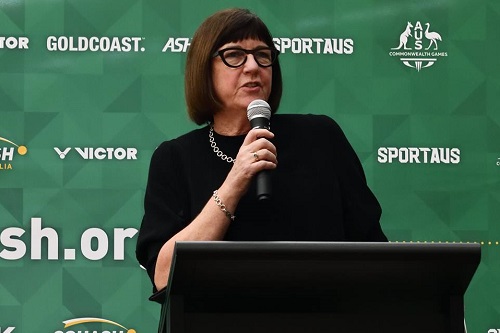 Palmer, who left Sport Australia at the end of January, is reported to be deeply disappointed at the way the program was administered prior to the last Federal election by the Office of then-Federal Minister for Sport Bridget McKenzie.

However, while a Australian National Audit Office was scathing in now funding from the program was allocated, a subsequent investigation by Phil Gaetjens, Secretary to the Department of the Prime Minister and Cabinet, has reportedly found the scheme was fair - although Prime Minister Scott Morrison has refused to release Gaetjens’ assessment.

The previous hearing of the Senate committee featured Liberal senator Eric Abetz seeking to confirm that all recipients were eligible to receive funding, only to be told by a Australian National Audit Office (ANAO) official that they weren't.

With the next committee hearing scheduled for next Thursday (27th February), Palmer will be able to give her view about whether the awarding of grants was fair, or whether it was politically motivated.

However, when questioned last month in the wake of the Auditor-General’s damning report, while still employed at Sport Australia, as to whether she had expressed concerns on the way Senator McKenzie's office distributed the grants, Palmer stated "I’m not prepared to comment on that."

Senator Bridget McKenzie, who managed the scheme as Federal Sport Minister, resigned from the frontbench after being found to have breached ministerial standards by Gaetjens for failing to declare memberships to shooting clubs.