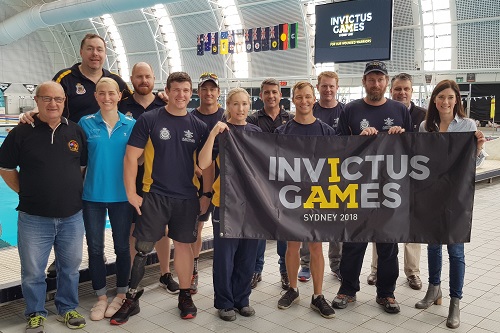 A group of highly trained ex Australian military servicemen and women have been preparing for the 2018 Invictus Games at the South Australian Aquatic and Leisure Centre over recent days.

The 11-strong swimming team has been part of a training camp as part of their preparation ahead of the Invictus Games, being held next month in Sydney.

The team, led by Sapper Thomas Foster, brother of Marion Swim Coach and dual Olympian Sally Hunter (nee Foster), had the opportunity to train alongside some of the World’s best swimmers, Kyle Chalmers and Maddi Wilson and their SASI and Marion Swim Club Team mates. The Coaches of SASI, Swimming SA (Norwood and Tea Tree Gully) and Marion are assisting the Team in preparation to have the swimmers and ex-serviceman at their best.

A support event at the SA Aquatic and Leisure Centre on Saturday saw four generations of Veterans - Vietnam, East Timor, Iraq and Afghanistan - come together with eight of the team to share stories and support the Invictus Games. 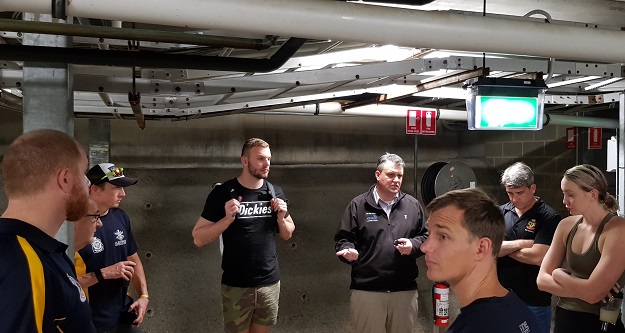 Attendees took note of the words of the Governor General of Australia, Sir Peter Cosgrove who spoke of the impact of the Invictus Games, stating “it’s great for the participants, but its further impact cannot be underestimated in the wider community.”

Centre Adam Luscombe added “thanks Thomas and your Team. We at SAALC have all been impacted by your efforts, compassion and bravery.”

Images: Members of the Australian Invictus Games swimming team at the SA Aquatic and Leisure Centre (top) and team members and Kyle Chalmers tout the facility (below).