Indoor arena for 2020 Olympics and Paralympics opened in Tokyo 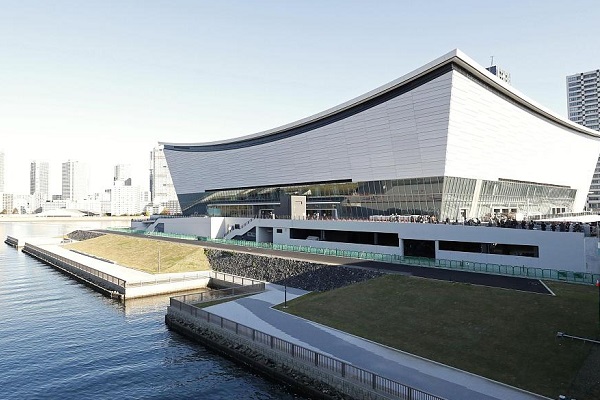 The Tokyo 2020 Olympic and Paralympic Games organising committee has reached another milestone with the official inauguration of the Ariake Arena at the weekend.

The venue, built by the Tokyo Metropolitan Government, which will have a capacity of 15,000 during the 2020 Games, is scheduled to host volleyball at the Olympics and, subject to confirmation, wheelchair basketball during the Paralympics.

With work on the venue completed in December, more than 3,000 people attended the launch event at which Japan's volleyball and wheelchair basketball teams showed off their skills, while a traditional dance performance took place.

The inauguration finished with a Japanese pop concert, with local residents then allowed to explore the venue.

The venue’s main feature is a concave roof which reduces the amount of indoor space, minimising the need for lighting and air conditioning.

Other environmentally-friendly elements of its design include the use of solar panels and geothermal heat equipment in a bid to reduce the building's carbon footprint. 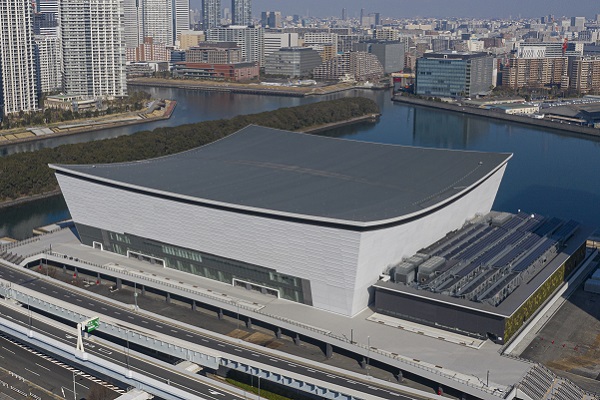 The Arena also includes universally-designed toilets and wheelchair-accessible seats. Post-Olympics, it is hoped the arena will serve as a sports and entertainment hub for Tokyo when it reopens in August 2021, from which point it will be operated by the Tokyo Ariake Arena Inc., a new special purpose company which has concluded Japan’s first-ever concession agreement with the Tokyo Metropolitan Government.

Wheelchair basketball’s status at the Paralympics is in to doubt due to a failure to comply with classification rules.

The International Paralympic Committee has given the sport until 29th May to implement an action plan, or it could lose its place in Tokyo.The delivery of the Ariake Arena comes after work was completed on the 12,000-seat Ariake Gymnastics Centre in October. Tokyo’s new 68,000-seat National Stadium, which will serve as the centrepiece for this year’s Games, officially opened in December.

The last permanent venue under construction for the Games is the Tokyo Aquatics Centre and is due to be delivered later this month.

The Tokyo 2020 Olympics will take place from 24th July to 9th August, with the Paralympics to follow from 25th August to 6th September.