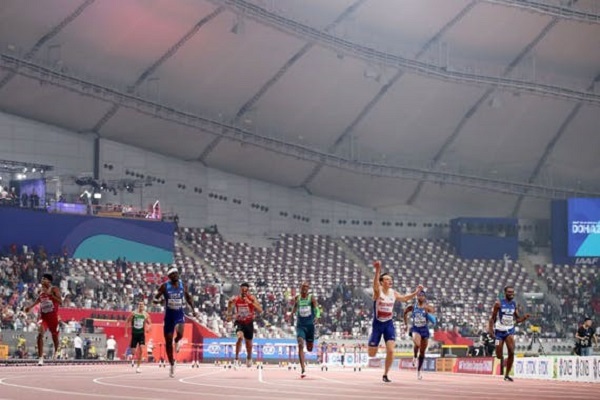 The governing body of world athletics has conceded that it is "disappointed" by the small crowds at the World Athletics Championships in Doha, with Chief Executive Jon Ridgeon saying attendances have been below expectations.

Just 13,288 people watched Friday's session at the Khalifa International Stadium in Qatar and attendances dwindled over the following two days with observers reckoning there were no more than 1,000 people during Monday’s womens 100 metres final.

In a statement earlier on Monday, the Doha 2019 organising committee revealed attendance had reached 70% and 67% on the first two days of the event but numbers fell to below 50% on day three.

The Khalifa International Stadium, which has a capacity of 40,000 people, has been reconfigured to seat 21,000 for the Championships with areas covered with fabric.

In a major embarrassment for the IAAF, its President Lord Sebastian Coe and the nation of Qatar, athletes and media commentators have been highly critical that major championship events have taken place against a backdrop of empty seats.

Speaking to the BBC, the IAAF’s Ridgeon said the economic blockade of Qatar has been a factor in the poor turnout for the event along with events being scheduled late in the evening to take advantage of lower temperatures.

Ridgeon stated “we want bigger crowds (and) rest assured we are working really hard with the local organising committee to generate bigger crowds."

"I think one of the biggest challenges has been, if you look back to a couple of days ago, we did actually fill 65-70% of those available seats, but by the time the big finals came along later in the evening, actually a lot of the audience had gone home because the working day starts early the next morning.

"When you judge a championship, clearly the size of the audience and the atmosphere created is one really important element, but there are other elements as well, and I think we can all agree the athletics has been stunning." 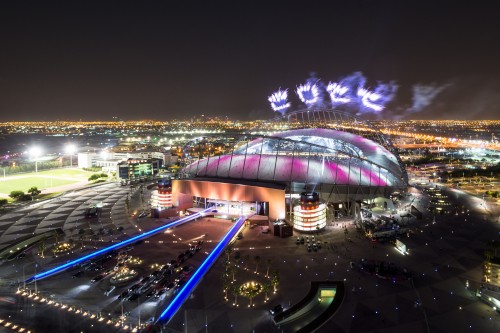 Ridgeon said the economic and diplomatic embargo of Qatar started by four of its neighbours in the Middle East in June 2017 had played a part in the disappointing crowds, adding “you must remember when this event was awarded six or seven years ago, it was always positioned as a celebration of athletics within the Middle East

“Clearly, geo-politics has shifted since, there is a blockade of this country from all the neighbouring surrounding countries and that has impacted.”

Qatar was placed under an economic blockade by four of its neighbouring countries in 2017.

The local organising committee also responded to the criticisms by releasing a statement in which it claimed the timing of events had been done to meet programming demands of European broadcasters.

The statement advised “the challenge we face with a competition schedule that is geared to support global TV viewership, is that some finals are not starting until the late evening. This impacts on the number of spectators remaining until the end of the session. We know it is a balance and we are pleased global viewers can tune in to watch the live action from Doha.”

The organising committee also advised that it is confident its "renewed efforts" would encourage more to attend the Championships.

Attendances are very different from promises made by Qatar in its first bid for these Championships in 2011 with a prospectus that advised there would be “no empty seats” adding that “the atmosphere surrounding the world championships will be fantastic”.

Doha was then awarded the event in 2014 ahead of the Spanish city of Barcelona and Eugene in Oregon, USA - the home of Nike.

The current situation is not only an embarrassment for athletics, but for IAAF President Coe who just a few days ago said he hoped the event would be “spectacular”.

For Qatar, which has spent the past decade buying up rights to host major events, including the 2022 FIFA World Cup, the poor attendances are likely to have a major impact, with football’s world governing body likely to be concerned about implications for its event.

Qatar has a population of 2.69 million people and its only land border is with Saudi Arabia, with whom it has an economic embargo.

Images: Sparse crowds at the IAAF World Athletics Championships (top) and the reopeing of the Khalifa International Stadium in 2017 (below).