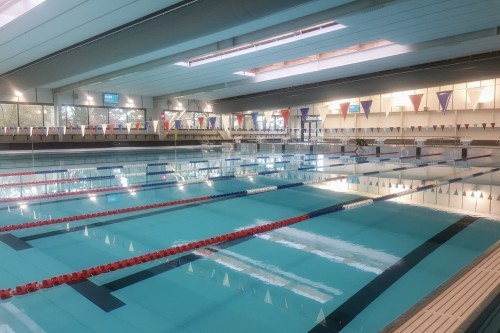 A series of hygiene incidents at Christchurch's new QEII aquatic and recreation centre have seen the facility closed 34 times in 55 days – almost twice as much as the city's three other indoor pools combined.

As a result, residents have turned to social media to vent their frustration over the continued closures, with one calling the facility "QE Poo".

Opened on 31st May, the $38.6 million Taiora QEII Recreation and Sport Centre has been closed 20 times due to faecal contamination, 10 because of vomit, two because of blood and two due to issues with the plant.

According to a Fairfax NZ, during the same time, the Graham Condon complex had six closures, Jellie Park four and the Pioneer pools were closed 10 times.

The length of each closure depended on the size of the pool, because the water has to go through the filtration system three times before a pool can reopen.

On 27th June, four separate pools in the complex - the lap pool, learn-to-swim pool, toddlers pool and wet play area - were closed at varying times due to faecal contamination and vomit.

During the school holidays on 11th July, the lap, teaching and toddlers pools were closed, each time because of faecal contamination.

On two occasions pools at the complex closed each day for four days in a row.

Christchurch City Council Head of Recreation, Sports and Events Nigel Cox said QEII advised “we had over 50,000 people in the pools for the first month of operation."

Cox said free nappies were provided when QEII first opened, but he did not believe the $2 cost was a barrier to their use and he did not think it made a significant difference in the number of pool closures.

He added “we find only a small percentage of pool closures are due to small children without nappies. It is more common that the nappies have leaked, or that the closures are caused by older children or adults."

The Council's strategy was to try to educate caregivers to get their children to use the toilet before swimming and to use a swim nappy. Signs throughout the facility reminded people about this.