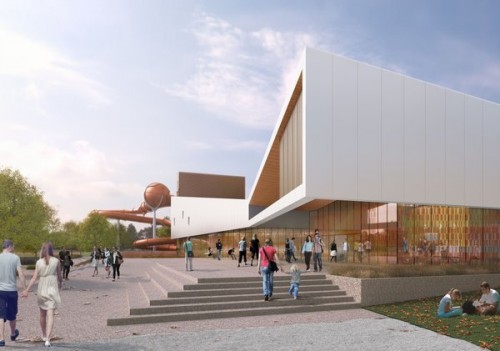 Christchurch City Council has shared details of the new QEII Recreation and Sport Centre, ahead of construction beginning in October 2016.

The initial concept design by architect Warren and Mahoney has now been released, presenting the 4737 metre² facility which will be situated in the heart of QEII Park. The project will see the return of swimming and fitness amenities to the park, after the previous facility was irreparably damaged in the 2011 earthquakes and demolished.

The concept has been provided to three design-build contractors to produce a final design and cost, which is expected to be released in October 2016.

Andrea Cummings, Chair of the Burwood–Pegasus Community Board, explains “the facility is purpose-built to serve the local community, and will have a good mix of lane pools and leisure attractions, so that families and the more serious swimmers all have something to draw them in.”

Cummings says the decision to locate the new facility at QEII Park was made in September 2014, and was followed by extensive community engagement.

She added “we had $6.5 million from the Christchurch Earthquake Appeal Trust to put towards water attractions, and in 2015 we went out into the community to find out what they wanted to see featured.

“Locals of all ages had a say, and the design process has pulled everything together and made the vision a reality. It’s going to be awesome, and it’s a big collaborative effort that got us there.”

The new centre is expected to open in 2018 and will include:

The release of the design follows a hearings panel’s decision on Wednesday 25th May to recommend that 11.5 hectares of QEII Park be sold to the Ministry of Education for the relocation of Avonside Girls’ and Shirley Boys’ High Schools. 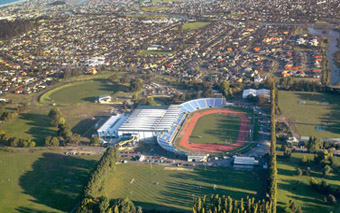 Burwood-Pegasus Councillor David East, who was on the hearings panel, added “everything’s starting to come together all at once, which is very nice to see.

“QEII Park will be buzzing with activity again, just like it was pre-quake, and as a community hub it will return a much-needed focal point to northeast Christchurch.”

Burwood–Pegasus Councillor Glenn Livingstone added “right from the word ‘go’ this is what the community has wanted - the return of an aquatic facility to the QEII site.

“Like many, I’m looking forward to taking the kids down there and splashing around with the family. The confidence that this development gives to the community can’t be overstated.”

Images: Warren and Mahoney design for the new QEII Recreation and Sport Centre (top) and the now demolished former QE II Park (below).