Construction on Christchurch’s new QEII centre to start next month 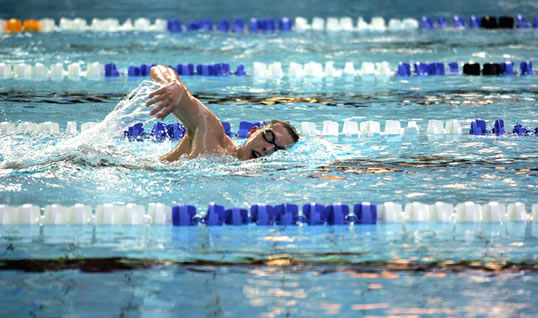 The builder is scheduled to start work onsite in December 2016, creating the eagerly awaited 4,573 metre² facility which will return swimming and fitness amenities to QEII Park. The previous facility was badly damaged in the 2011 earthquakes and demolished in 2012.

Announcing the contract award, Christchurch Coastal Ward Councillor David East stated “Apollo are experts in aquatics and have done sterling work for the Council before, rebuilding the Norman Kirk Memorial Pool in Lyttelton and the Scarborough Paddling Pool.

"The project has some very particular specs, and Apollo are the ideal contractors to deliver exactly what we’re after, on schedule and on budget."

Paul Lloyd, Apollo Projects Chief Executive/Director, says that the locally-owned company is incredibly proud to be involved in the QEII project.

Lloyd added “we’re proud not just because it's a great asset for the community, but more for what it represents for the city.

"The old QEII had been part of Christchurch for around 40 years when the earthquakes happened, and we all have our memories - as a parent who’s spent a lot of time poolside at QEII watching my three kids compete, it's an honour to be part of this new complex."

Expected to open in mid-2018 the new QEII Park will include recreation and training pools, as well as a hydroslide, water adventure playground, steamroom and sauna, fitness centre and a café.

The Christchurch Earthquake Appeal Trust has generously provided $7.47 million towards the water attractions.

The project will be the first sign of construction in QEII Park as it enters a busy period of redevelopment with the Ministry of Education set to begin the relocation of Avonside Girls’ and Shirley Boys’ High Schools to QEII Park in 2017.

16th August 2012 - QEII ATHLETICS TRACK GOES TO A GOOD CAUSE