Baby swim nappies ‘like a poo tea bag in water’ 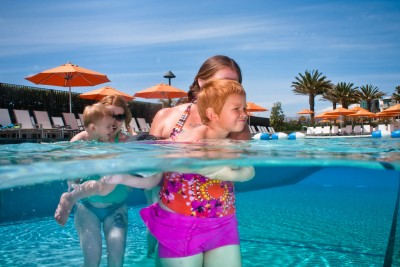 Baby swim pants are no better than regular nappies at keeping faecal matter out of swimming pool water according to Biochemistry Professor Una Ryan of Perth’s Murdoch University.

Professor Ryan recently told Sydney newspaper The Daily Telegraph that although swim nappies may keep some solids in, at a microscopic level they acted “like a poo tea bag in water”.

She added “they don’t work, they don’t work at all - they may be a bit better than a regular nappy, but they release faecal matter into the pool.”

With faecal incidents a regular occurrence in public swimming pools, NSW in particular saw a rise in cryptosporidiosis cases and an increase in giardiasis during the hot months of the past summer.

Professor Ryan went on to say, “the way many of these germs are spread from person to person in swimming pool water is via faecal transmission  in other words by people swallowing water that’s had poo in it.”

While baby swim pants may give parents a false sense of security, she stated “you could fit millions and millions of the parasite on the head of a pin so, no, they won’t stop cryptosporidium otocysts entering the pool.”

Cryptosporidium is present in the faecal matter of infected humans and animals. Infection occurs when the parasite is ingested. Transmission most often occurs through: