Harvey Lister, Chairman and Chief Executive of newly rebranded facility management company ASM Global (Asia Pacific), has indicated a willingness to work with potential partners to determine the feasibility of a 10,000-seat capacity arena on the Gold Coast.

Speaking today following comments by Gold Coast Mayor Tom Tate on the Council’s interest in being a 50/50 partner to build a live music venue on the Gold Coast, Lister stated “this could be a game changer for the Gold Coast.

“I also understand that The Star has been looking at what’s possible for their central Broadbeach precinct and we’d be delighted to work with them to determine the feasibility of a 10,000-seat arena in view of the Mayor’s enthusiasm for it to happen.

“Earlier this year, The Star announced plans for a boutique outdoor music venue and with the right programming, it could provide one of the great Gold Coast open-air experiences for locals and visitors alike.”

Advising that the Gold Coast’s proximity to Brisbane meant production could be moved overnight to enable back to back shows which would help enormously in the scheduling of tours, Lister added “sometimes an artist’s availability dictates that a shorter tour has to be routed through major capital cities only but it can lead to dates becoming available in secondary markets. If we can fill date between Brisbane and Sydney shows, it could open up some ideal opportunities for additional events on the Gold Coast.

“We know and respect Gold Coast entertainment identities such as Billy and Jackie Cross and Tony and Thea Cochrane and intend speaking to them about how we can get it right for the Gold Coast.”

Lister and ASM Global (Asia Pacific) co-Director, Rod Pilbeam (pictured above) have been involved in the Australian venue management and live music scene for more than 40 years.

Owning properties on the Gold Coast and regular visitors to the city, the pair have close ties to the area dating back to the mid-1970s when they toured acts at the Playroom at Tallebudgera, the Cabbage Patch at Coolangatta, Bombay Rock, the Surfers Paradise Hotel Beer Garden and Seagulls Leagues Club. 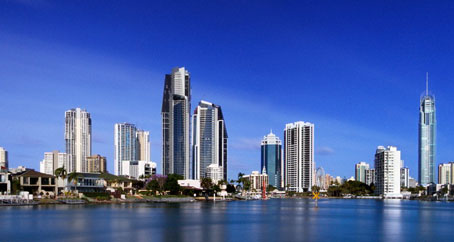 Formed through the merger of AEG Facilities and SMG, ASM Global last week received unconditional clearance from the UK Competition and Markets Authority - the final regulatory approval necessary with the transaction expected to be closed in early October.

The new entity is now the world’s largest venue manager with a total of 310 stadia, indoor entertainment and sports arenas, convention and exhibition centres, theatres, ampitheatres and other venues across five continents.

Around 100 of these are live music and major concert arenas.

Through AEG Presents, one of the largest concert promoters in the world, ASM Global (Asia Pacific) is involved in the management of major venues and the delivery of thousands of events each year.