Guests at Perth attractions forced to flee from bushfire 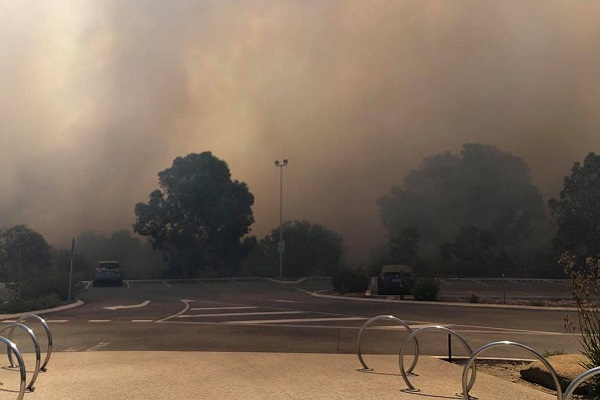 A bushfire forced families to flee an attractions south of Perth yesterday.

Officials ordered Adventure World and the Cockburn Ice Arena to shut down as a fire that began early in the afternoon raced toward the attractions’ boundaries.

As reported by The Australian, the ice arena was evacuated while Adventure World’s guests were told to gather in a parking lot on the far side of the attraction from the fire.

The 32-acre Adventure World in Bibra Lake was filled with visitors at the time.

The Western Australia Department of Fire and Emergency Services issued an emergency warning because of the fire at 1:24 p.m. local time.

Video images from the attraction showed hundreds of adults and children thronging toward the exit, many wrapped in towels they grabbed as they left Adventure World’s waterpark areas.

A few hours later, the fire services department said the fire was contained and there was no threat to lives or homes.

The fire was stopped at the edge of the park's parking lot. No injuries were reported, and Adventure World reopened at around 5pm.