Fremantle’s Port Beach to be protected from coastal erosion 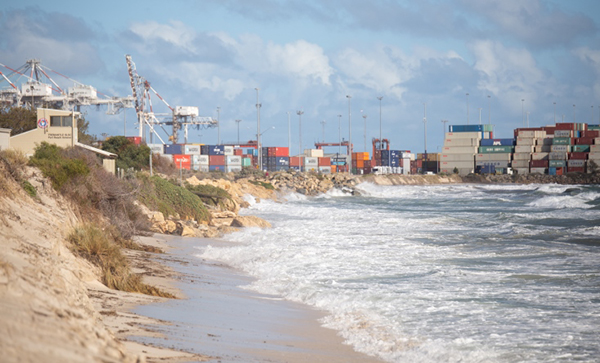 The Western Australian Government has announced $3.25 million would be allocated to a sand nourishment project to provide up to 10 years of protection for Port Beach, Fremantle.

The funding is part of a $7 million commitment to projects in four high priority coastal erosion hotspots and an additional 42 coastal management projects across Western Australia.

Mayor Pettitt advised “The City has been working with other state government agencies for a number of years to develop a response to the coastal erosion at Port Beach.

“Sand nourishment was one of the options put forward in the Port Beach Coastal Adaptation Options Report released last year.

“The details of the sand nourishment project design are currently in development and a report is expected to be presented for council consideration in October or November.

“The funding from the state government is very welcome as it will allow for the protection of coastal assets at Port Beach over the short to medium term.

“Further assistance from the government will be required to achieve the City’s preferred long term strategy of managed retreat, in which all City assets will be relocated from the erosion risk zone.

“This assistance will need to be both financial and in putting the proper planning processes in place to allow a managed retreat to happen.”

During 2016 and 2017 the City of Fremantle – in partnership with the Town of Mosman Park and the Department of Planning, Lands and Heritage – undertook a Coastal Hazard Risk Management and Adaptation Planning (CHRMAP) process to assess the vulnerability of the coastline along Port, Leighton and Mosman beaches.

The CHRMAP process identified the Port Beach area, including Sandtrax Beach, was vulnerable to immediate and future coastal change.

Although the City of Fremantle has contributed funding for the studies and planning needed to get to this point, the state government funding is not dependent on a co-contribution from the City.