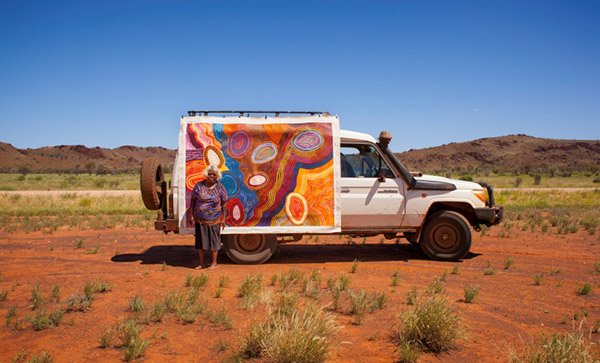 Revealed showcases the diverse and vibrant state of contemporary Aboriginal art through a program of public talks, a seven-week long exhibition and the hugely popular art market.

“Plus, all works in the exhibition are for sale, which is a fantastic way to celebrate and support our next generation of Aboriginal artists.”

The market attracts Aboriginal artists from all over the state, with many travelling vast distances to take part, and all profits from sales are returned to the artists and art centres.

Cathcart“Last year’s Revealed market was attended by more than 3000 people and generated over $420,000 for the art centres and artists who took part.

“This is a really significant event for the WA arts and I hope people will continue to support the great work of these artists at this year’s market.”

Works start from as little as $50, and include paintings, textiles, woven items, artefacts, clothing, ceramics and jewellery.

For more information about the Fremantle Arts Centre 2019 Revealed program, go to www.fac.org.au/