Western Australian councils fund the arts, but without strategy 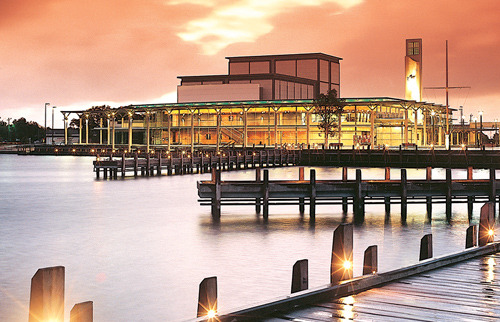 Western Australian local governments are making a big investment in arts and cultural activities but new research shows many lack a clear strategy to support such significant spending.

Chamber Chairman Warwick Hemsley said a key take away from the report was that 90% of those surveyed believe that arts and culture play a significant role in the community.

The latest Australian Bureau of Statistics figures show an investment of $155 million by LGAs in 2012/13 with 79% of Western Australian councils showing financial support for arts and cultural activities. When the figures are broken down even further they show 98% of urban and 71% or rural LGAs make an investment in the arts.

Put in perspective, the total investment compares very favourably with the Western Australian Department for Culture and the Arts expenditure of $128 million in arts and cultural activity over the same period.

Hemsley explained "it is heartening to see that the top three reasons given by local government for supporting arts and culture are a vibrant community, social cohesion and cultural identity.

“However, it is of great concern to see that only 13% of the 140 LGAs have a cultural plan underpinning their arts support.

Nearly 80% of the surveyed LGAs cite other priorities as a barrier to fulfilling their desired role in arts and culture. The report also shows rural LGAs are lagging significantly behind their urban counterparts with regard to strategic cultural planning and formal in-depth engagement processes with their communities.

Hemsley added "there is some urgent work to be done if planned arts and cultural activities are to meet the aspirations of local government and the community.

“At the moment there is a significant gap between the strategic intent and resource allocation.

"We would urge the respective communities to become more engaged and assist their LGAs to close this gap.”

The Chamber believes the key next steps for local government flowing from the report would be to:

• Include cultural planning in the Integrated Planning and Reporting process to assist a more strategic approach to investing arts and cultural activities in each community.
• Embed the potential benefits of arts and culture in each of the Regional Development Commissions blueprints to assist creative growth in the regions through a combined approach by two tiers of government.
• Provide tailored skills development opportunities for LGA staff and elected members so that the full value of the contribution that arts and culture can make is understood.