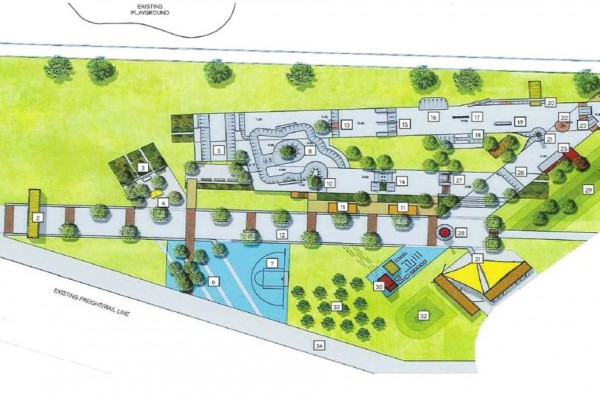 The local community will play a strong role in the design and features of the innovative new Esplanade Youth Plaza, with community workshops to be held in the New Year.

The workshops, run by the City of Fremantle in conjunction with youth plaza development contractor, Convic Skateparks, will provide information on the various options available and allow stakeholders to provide input into the preliminary design for the plaza.

The new facility, located in the south eastern corner of Fremantle's Esplanade Reserve, will be designed to attract multiple user groups including the traditional wheeled sports of skateboarding, BMX and scooter riding; but will also include parkour features incorporated into the landscape. Other recreation features that may be considered include a basketball half-court, new or relocated outdoor table tennis tables, shaded structures, a stage area and children's play areas.

City of Fremantle Community Development Director Marisa Spaziani explains "we want the youth plaza to attract as many different user groups as possible, so we encourage people of all ages and interests to come along to a workshop to provide feedback on the sort of facility they would like to see.

"The concept is basically a blank canvas at the moment. The City has an iconic location, the funding and an experienced contractor ready to construct the plaza, what we need now is community input to deliver the best possible outcome."

Spaziani said modern youth plazas were nothing like what they used to be, adding "the days of skate parks being dominated by concrete bowls and half pipes are long gone and what we're now seeing are facilities designed to not only cater for a broad range of activities, but also facilities that are attractive and integrate well into their surroundings."

The Esplanade Youth Plaza design is scheduled to be completed and adopted by the end of May 2013, and will encompass key findings from the workshops, results of an online survey and public comments received via the formal community engagement process. This process will include a further public comment phase based on the release of the preliminary design (expected to be late March 2013).

As part of the City's commitment to community engagement for the Esplanade Youth Plaza project, two workshops will be held in January 2013.

The workshops will aim to provide attendees with:

• An understanding of the possibilities and constraints of the project;
• Background from Convic into modern youth activation sites;
• An opportunity to provide feedback and ideas for the skate plaza;
• Details on key dates and project timing.

$600,000 has been allocated towards this project as part of the of the City's 2012–13 budget with funding allocated given the significant scope for the new facility to attract young people and families into the heart of Fremantle.

For the skateboarding community, the proposed new facility has the potential to become the feature park on the WA calendar for skating and BMX events and competitions.

At the council meeting held on 24th October, an area in the southern region of Esplanade Park was identified as the preferred site to build a 1,500 to 2,000 metre2sqm facility.

At its 28th November meeting, council awarded the contract for designing and building the plaza to Convic Skateparks, an internationally recognised company with significant experience in the design and construction of skate parks and youth plazas around Australia and overseas.

A design process, with a heavy emphasis on community engagement, is currently underway to ensure the creation of a space that is accessible by a wide range of youth and community user groups. Consideration will also be given to the strong skating culture that already exists in Fremantle.

The designers have been informed on the significance of the site and have been briefed with the previous draft and adopted master plans for the area.