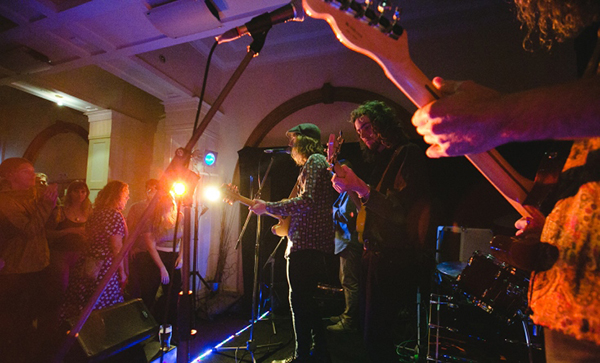 The City of Fremantle has suggested ways in which the proposed laws to protect music and entertainment venues from noise complaints might be improved and adapted to suit the whole state.

A draft Western Australian Planning Commission position statement on the so-called ‘anti-whinge’ laws was released for public comment by the state government in November last year.

The proposed laws would allow local governments to establish special entertainment precincts through their local planning scheme in which venues could apply to exceed normal noise levels up to a higher level specified in the scheme.

Local governments would also be able to determine a desired external noise level for the special entertainment precinct and set design and construction standards for noise attenuation in new developments within the precinct.

A submission on the proposed laws was considered by Fremantle Council this week.

Fremantle Mayor Brad Pettitt said while the council was broadly supportive of the government’s approach there were a few aspects that could be tweaked.

Mayor Pettitt advised “these measures are of particular relevance to Fremantle because we want to protect our vibrant arts, culture and music scene but also have a lot more people living in our city centre, so it’s great that the government is looking into this.

“But because at the beginning this focussed solely on Northbridge there are some elements of what’s proposed that aren’t necessarily a good fit for Fremantle or other local government areas.

“Designating one area as an entertainment precinct may have the unintended consequence of clustering venues in a single area and reducing the diverse mix of land uses that we want to encourage.

Mayor Pettitt added “this also doesn’t help isolated but significant local venues that wouldn’t justify the creation of a special precinct but still add considerably to the cultural life of the community and deserve protection.

“A better option may be to provide for different noise standards for all areas zoned city centre right across the state, in acknowledgement that city centre zones typically have a higher concentration of entertainment venues and other noise-generating uses and therefore the expectation of more noise.

“Some other special mixed-use areas with noise-generating activities other than entertainment, like harbours and light industrial areas, might also justify a more proactive and balanced approach to noise management.

“Perth is growing up and we need to be on the front foot in planning for the kind of places people want to live in.”

Other suggestions to be included in the City of Fremantle’s submission on the WAPC position statement include restricting noise regulation in city centres to indoor areas with the doors and windows shut and removing the regulations that classify music as a ‘nuisance’ requiring stricter controls.