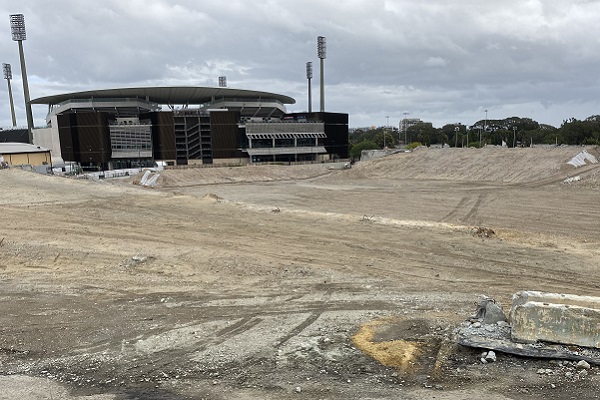 The NSW Government appears to be set to miss the deadline it set for hiring a new builder to construct the Sydney Football Stadium, as it continues to negotiate with two bidders for the $729 million project at Moore Park.

Construction companies Multiplex and John Holland are both seeking to secure the contract, with reports suggesting the NSW Government is aiming to announce the successful builder in the "coming weeks".

In July, the NSW Government’s plans for the rebuilding of the former Allianz Stadium hit a major impasse with Lendlease, the building firm announced last year as the firm that would both demolish and rebuild the facility, walking away from redevelopment.

In August, NSW Premier Gladys Berejiklian then advised that the NSW Government had "until November" to appoint a new builder for the venue.

However, as of this week, Infrastructure NSW, the agency overseeing the project, confirmed that “negotiations with builders" for contract to build the new venue were ongoing, with a spokesperson advising “a final decision to award the contract has not been made by (the NSW) Government, but is expected in the coming weeks.”

The decision to knock down and rebuild the Sydney Football Stadium, also known as Allianz Stadium, at a cost of $729 million has been a long-running source of controversy for the NSW Government, amid considerable backlash from community groups as well as political rivals.

Back in July, the NSW Government said it had costed the demolition, or ‘stage one’ of the project, at $36.3 million, leaving nearly $693 million of the project's estimated $729 million overall cost for the ‘stage two’ construction on the new venue.

Image: The site of the former, and now demolished, Allianz Stadium.