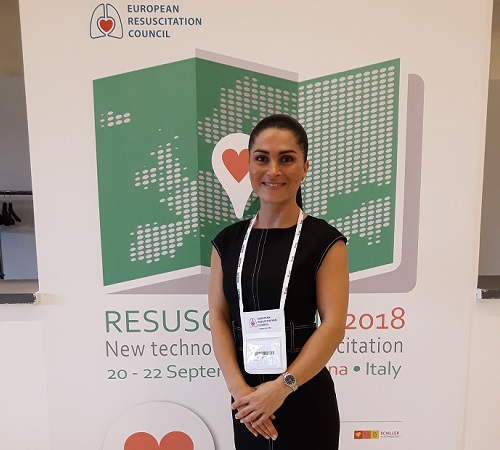 A CQUniversity-led Australian-first study into the incidence of sudden cardiac arrest at fitness, recreation and sporting facilities has shown that facility operators need to revise their emergency plan and ensure appropriate staff cardiopulmonary resuscitation (CPR) and automated external defibrillator (AED) training is in place.

Dr Betul Sekendiz, recently presented the findings of this research at the European Resuscitation Council (ERC) Conference from 20th to 23rd September in Bologna, Italy.

Dr Sekendiz advised “exercise and sport facilities contribute to the preventive health policy of the governments by helping people to be more physically active. However vigorous exercise can be a trigger for sudden cardiac arrest in people with known or hidden cardiovascular conditions.

“Early recognition, quality bystander CPR and use of an AED are the key for the survival of sudden cardiac arrest patients.”

Of the data collected over an eight-year period (2007-2015) Dr Sekendiz found that 250 of 5175 (or 4.8%) out-of-hospital sudden cardiac arrest cases occurred at fitness, recreation and sporting facilities. Most of the cases involved male patients, aged over 65 years.

Dr Sekendiz explained “on arrival at 75.6% of the facilities bystander CPR was being undertaken, however only 38% of the bystanders were applying effective CPR.

The findings showed that after the arrival of paramedics and the administering of treatment only 38.8% of patients improved.

She concluded “this can be due to an ageing population with various cardiac health risk factors, who prefer to play such sports as a recreational activity because they consider it to be safe.

“As a result, the age of the bystanders can also have an impact on the quality of their chest compressions.

“This study has implications for exercise and sport facility operators to revise their emergency plans and procedures, and to ensure they have staff currently trained in CPR and utilise an AED to be capable of properly responding to an unexpected cardiac emergency situation.”