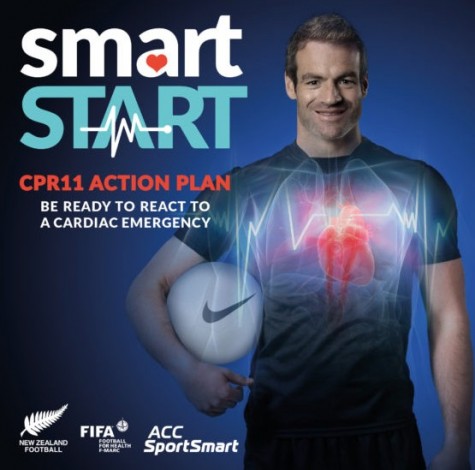 The tragic death of a man who collapsed from a sudden cardiac arrest after a football game in Napier has once again underlined the need for AEDs (automated external defibrillators) in football clubs in New Zealand.

New Zealand Football launched the Smart Start - AEDs in Clubs Programme last week with the end goal being every club in New Zealand being equipped with an AED to prevent death from sudden cardiac arrest.

Jeff Partington, a 54-year-old who was playing for Hastings Hibernian Masters in the annual New Zealand Marist tournament, was another case of an avoidable tragedy. A doctor, Fire Service officers and paramedics attempted to resuscitate Partington, but were unsuccessful.

Dr Mark Fulcher, the Medical Director for New Zealand Football, said clubs around New Zealand could not afford to not have an AED in their clubrooms.

Dr Fulcher stated “this is such a tragedy and first and foremost our thoughts go out to his wife and three children in their time of loss.

“We all must learn from this and treat the threat of sudden cardiac arrest as a real priority. We know that AEDs save lives and the more clubs that have them the safer and better our football communities will be. I encourage all football clubs to get an AED and an action plan as soon as possible to avoid future tragedies like this one.” 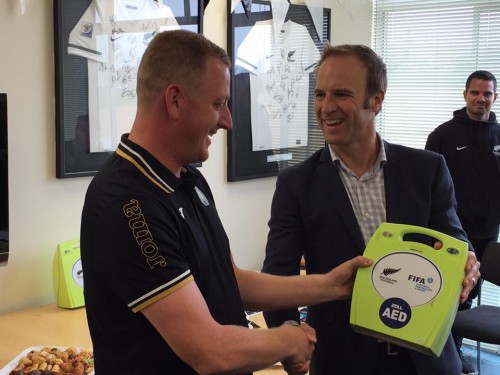 NZ Football, with the support of ACC SportSmart and F-MARC, are pleased to launch the Smart Start – AEDs in Clubs Programme which includes comprehensive resources, educational and policy support.

Football is the largest participation sport in New Zealand and as a result cardiac arrests from the elite to the participant athletes are a significant threat.

The objective is to support all New Zealand football clubs and associations to have an AED unit and programme accessible to their club members, players and spectators, with the education and support to enable them to react should an event a rise.

All other NZ Football affiliated clubs throughout New Zealand that currently do not meet the revised QCM criteria are able to purchase a discounted and subsidised AED unit through this initiative and programme.

New Zealand Football will provide all other football clubs the ability to access the discounted and subsidised Smart Start AED programme and units, with the support of FIFA’s AED supplier ZOLL International.

For more on the Smart Start - AEDs in Clubs Programme go to www.nzfootball.co.nz/aeds-in-clubs-programme