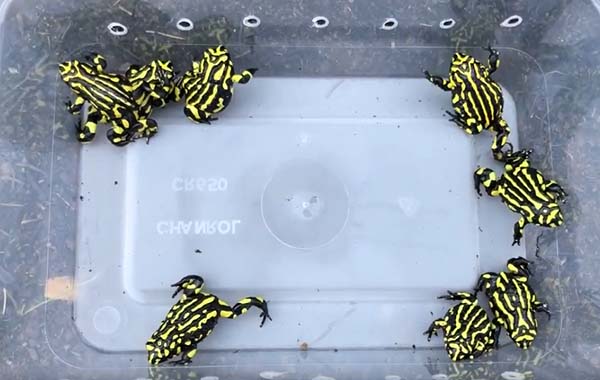 McFadden is the Supervisor of Taronga’s Herpetofauna Division and has been leading Taronga’s Corroboree Frog breeding program since 2006. He was joined by officers from NSW National Parks and Wildlife Service (NPWS) and the Department of Planning Industry and Environment (DPIE) for this important mission.

Three out of four of the disease-free enclosure sites in Kosciuszko were found to have been burnt. McFadden and his colleagues held little hope for the frogs within the enclosures, but, remarkably, around one-third of the vital population survived. 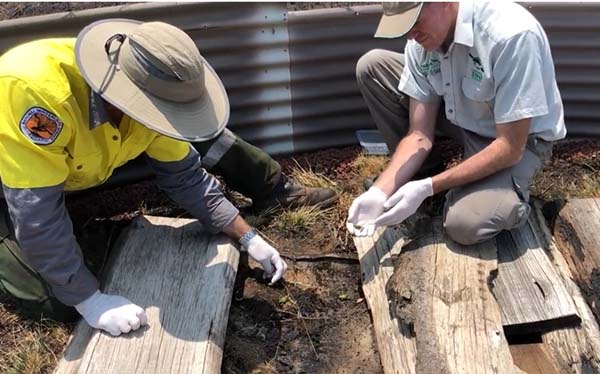 McFadden noted “the number of surviving frogs in the enclosures was actually higher than expected. This is largely thanks to the efforts of our partner Dr David Hunter [DPIE], who increased the timing on the sprinkler system in the days before the fire started due to the hot forecast. The surviving frogs are all looking healthy, with plentiful ants present for food.

“There has been quite a lot of damage to the infrastructure. The outside of the enclosures have remained intact, but the water tanks, plumbing, sprinkler systems, enclosure lining, camera system and solar panels were all destroyed and will require repairs.”

These enclosures are a vital component to the Southern Corroboree Frog recovery program. Their purpose it to provide a ‘wild’ habitat – with natural sunlight, natural food and natural climate conditions – that is free of chytrid fungus for small populations of frogs bred at Taronga Zoo and other sites, including Melbourne Zoo. 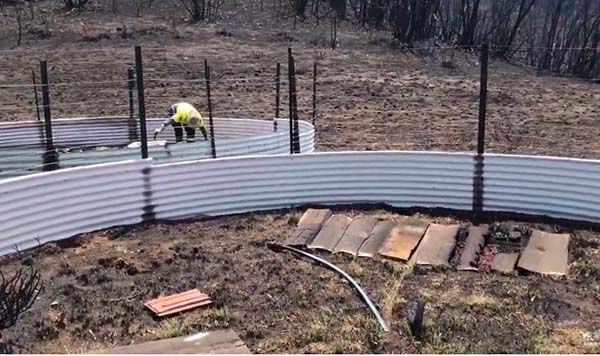 McFadden added “although this is a setback to the program, we’re hopeful it will be quickly overcome through undertaking repairs on the enclosures and re-establishing populations within them from the successful insurance population in the zoos.

“Currently, our breeding facility at Taronga is a hotbed of activity and calling, with the female frogs added to the breeding tanks last week. Fingers crossed for a successful breeding season.”

To repair the enclosures – created by officers from NPWS – will require significant effort and funding. Taronga is currently raising money for this project and other wildlife rescue efforts through its Wildlife Crisis Appeal: www.taronga.org.au/savewildlife

All images and video courtesy of Taronga Zoo