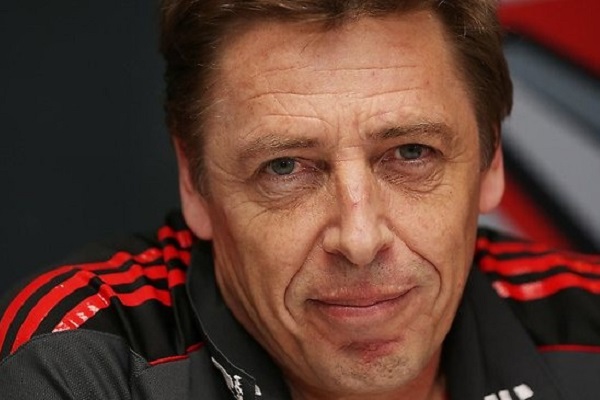 AFL coach and premiership player Mark 'Bomber' Thompson has been fined $3,000 for drug possession, but has had a drug trafficking charge against him dismissed.

The former Essendon coach was facing multiple drug possession and drug trafficking charges, after methamphetamine and MDA were allegedly found in his Port Melbourne home during a 2018 raid.

Thompson last month admitted to the Melbourne Magistrates' Court he was a "drug-taker" but denied being a dealer.

The quantities of MDA and methamphetamine are multiple times the minimum amount required to be charged with trafficking.

Thompson has also been placed on a 12-month community corrections order, requiring him to undergo drug assessment and treatment and mental health programs.

Thompson's defence lawyer, Mick Milardovic, told the court his client had no prior convictions for drug possession and had led a "very illustrious" career in AFL.

Milardovic advised "evidence that he gave was very poignant and very damaging to his public profile.

"He made admissions to using drugs, which is very significant. My submission is that goes a long way to suggesting remorse."

The Magistrate acknowledged the amount of drugs seized was higher than the minimum for trafficking, but said Victoria Police had not proven beyond reasonable doubt that Thompson intended to sell the drugs.

Thompson's defence team previously argued it made no sense for him to traffic drugs given his public profile and wealth.

Thompson had told the Court "I'm a drug taker ... but I never had any intention of selling drugs."

The Magistrate agreed with the prosecution that the sheer quantity of drugs meant a criminal conviction was appropriate.

The hearing is continuing.

Image of Mark Thompson courtesy of the Entertainment Bureau.