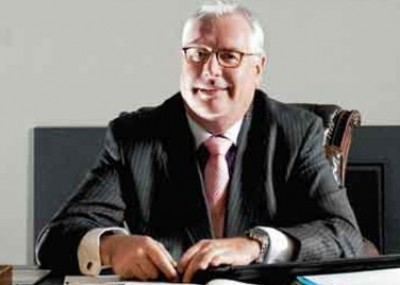 Concert promoter Andrew McManus has avoided a prison sentence in spite of having admitted lying to Police about a suitcase containing $700,000 cash linked to an international drug deal.

NSW Police seized the suitcase in Sydney's Hilton Hotel in 2011 and followed the money to unravel an international drugs syndicate.

A group of Australian men including McManus, solicitor Michael Croke and underworld figure Craig Haeusler were subsequently arrested in 2015 over alleged efforts to obtain the cash.

McManus reportedly claimed the suitcase contained money for his retirement, stating "it's my 700 large."

However, as of August last year the Melbourne music promoter pleaded guilty to attempting to pervert the course of justice.

Other charges against McManus were dropped while the US ringleader of the syndicate, Owen ‘O-Dog’ Hanson, was sentenced to 20 years jail in January.

McManus, who has brought acts from KISS to Luciano Pavarotti to Australia, walked free from the Sydney District Court yesterday (Friday 31st March) after a judge found he had strong prospects of rehabilitation.

McManus said at the time he lied to Police he had been severely depressed, and in a spiral of drink and drugs.

Crown prosecutor Stephanie Lind pushed for a prision sentence, describing the nature of the offence as worse than average.

Judge Mark Williams formally sentenced McManus to 20 months' jail but referred him for an intensive corrections order that would see him serve his sentence in the community.

Judge Williams found the offender had pleaded guilty at the earliest opportunity, had shown remorse and was unlikely to reoffend.